In Silicon Valley, “no one wanted to touch religion five years ago”.

Covid-19 has upended the traditional Sunday service, taking sermons from the pulpit to the screen. It’s sparking a long overdue digital awakening for churches across the country and investors are taking notice.

The pandemic has given more people a reason to seek solace in God and faith-based communities at the same time that houses of worship were forced to close their doors. Pastors have resorted to streaming on YouTube or Facebook Live in a bid to keep congregations engaged. Membership in spiritual apps has surged. The top Christian meditation apps raked in 2.3 million downloads in the US from March to August, up 325% from the same period a year earlier, according to mobile data and analytics company App Annie.

Traditionally secular venture capitalists have largely shied away from religion. In Silicon Valley, "no one wanted to touch religion five years ago" says Peter Pham, co-founder of incubator and venture fund Science Inc., which backs Pray.com. Now, "there are many avenues to tap and more companies will be born out of this growing need for a creative spiritual-digital experience - the opportunity is mind-blowing".

The pandemic has "crystallised the opportunity", says Brett Martin, co-founder and managing partner at Charge Ventures, an early stage venture capital firm in New York. A global shutdown accelerated tools that the tech industry was already into, like video conferencing, community building and fundraising - all of which can be applied to religion, Martin says. "Shame on the venture capital community for not recognizing the opportunity sooner."

Some did. Pray.com, for example, was founded in 2016 and is backed by $16 million in venture funding. Now there are plenty of ways investors can get involved across all the functional areas of a church - from digital tithing to management software and virtual bible study.

"The space is a land-grab right now," says Will Robbins, an early-stage investor at Contrary Capital, a venture fund backed by some of the founders of Facebook Inc., Tesla Inc., Reddit Inc. and other Silicon Valley veterans. Contrary is also a backer of Christian meditation app Hallow, which offers Catholic-centric guided meditation and prayer. "I think there will probably be some winners emerging in the next couple years," Robbins added.

Venture capital funding into US religious and faith-based apps has tripled since 2015, surpassing $18 million last year, according to data from PitchBook and Crunchbase. The universe of startups is still small, however, with an average of two funding deals a year since 2012. Tithe.ly, an app for churches and ministries to boost engagement, accounted for $15 million of last year’s investments, followed by Hallow.

The pandemic has positioned apps to tap not only regular churchgoers, but also a growing share of Americans who identify as spiritual, if not necessarily religious, and who crave a nuanced digital experience beyond Zoom.

Christian meditation app Abide has seen an explosion in interest from people looking for a spiritual outlet in the absence of a physical congregation space.

Founded in 2014 by former Google employees, Abide produces biblical meditation and prayer audio content. Since the start of the pandemic, the company said it’s recorded a 45% increase in users and those tuning in are spending 52% more time on the app.

Abide - which makes money through an annual subscription fee of $39.99 a year for premium content - said it has been profitable since raising seed investments from a few high-net-worth individuals and hasn’t needed to seek venture capital yet.

Similarly, downloads for Pray.com skyrocketed 955% during the pandemic, App Annie data show. The startup produces "radio-drama" style content with actors including Kristen Bell and Blair Underwood voicing characters from the Bible. The app also includes a social-networking component that allows members to create and join “prayer communities” where users can submit and respond to prayer requests. Pray.com partnered with churches during the pandemic to create channels, radio stations, and upload sermons or podcasts for their ministries on the platform.

"Organised religion is floundering and re-organized religion is flourishing right now," says CEO Steve Gatena who founded the Los Angeles-based company. "I don't see a world where people aren’t using all of the modern tools to grow faith."

Pray.com has raised funds from venture capital giants including TPG Growth and Greylock Partners. But reception to faith-based technology was mixed in the early days, Gatena recalls. "A few were very disrespectful and borderline discriminatory against our customers," he said of some venture firms.

Charge Ventures' Martin believes part of the reason some investors have traditionally steered clear of faith-based technology is because they simply don't understand the religious space overall. "You invest in what you know," he says. "It's difficult to see the opportunity if you can’t understand the problem personally. The secularism that you get from venture capital circles on the coasts adds to the myopia." Martin's team first discovered religious technology in 2018 and is now actively looking to invest.

Religious institutions, which are facing declining revenue from canceled services, also realise they must evolve. "The pandemic has been an earthquake for the church," says Jeff Reed, who helps launch digital services at Stadia Church Planting. "Going forward it cannot be simply be repackaging physical ministries in virtual spaces. We need to look for other ways to connect with people."

Emerging platforms like augmented and virtual reality are also starting to challenge the traditional church experience. An online organization called The Robloxian Christians is led by a college student who started the ministry on the Roblox Corp. gaming platform when he was 11. "Young people understand that church isn’t about the building, it's the people that make up the community," says founder Daniel Herron. The Robloxian Christians have amassed 35 000 members globally since 2006 and its church services have seen increased engagement since the start of Covid-19, attracting about 500-700 members on a typical Sunday.

Bobby Gruenewald, a pastor and innovation leader at Life.Church in Oklahoma, was one of the pioneers in digital churches and he now has venture capitalists seeking his advice. Life.Church started as a brick-and-mortar ministry in a two-car garage and has become one of the largest digital churches in the country, attracting 70 000 people to its online services each week. Gruenewald also created the ubiquitous bible app, YouVersion.

"Silicon Valley has not necessarily been the friendliest toward religion," Gruenewald said. "Religion has the potential to really innovate and venture capital firms are starting to see that these new apps are not too many clicks away from praying in church."

We live in a world where facts and fiction get blurred
In times of uncertainty you need journalism you can trust. For only R75 per month, you have access to a world of in-depth analyses, investigative journalism, top opinions and a range of features. Journalism strengthens democracy. Invest in the future today.
Subscribe to News24
Related Links
Twitter moves to curb hate speech based on religion
Mboweni warns of elevating 'state ownership to a religion'
SARS to probe tax compliance in religious sector
Next on Fin24
EXPLAINER | Bears, bulls and drawdowns: Don't let financial jargon confuse you 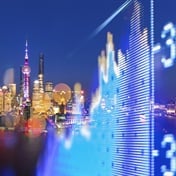