Earning well, yet no vehicle finance 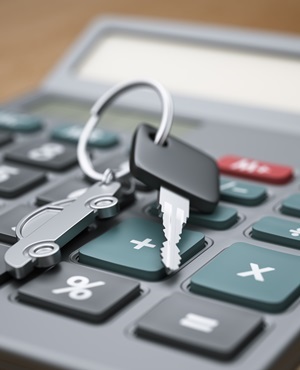 A Fin24 user and her son cannot understand why his vehicle finance application has been declined although he earns well. She writes:

My son is 24 years old and works on cruise liners. He gets very well paid in dollars and has a Nedbank account into which his salary has been paid for the last four years.

He has a very secure position as an art auctioneer. He is currently home on his vacation and has been trying to source vehicle finance for a car to the value of about R150 000.

He is trying to make a good start in life by investing in a motor vehicle, but has been shut down on all avenues.

He has no previous credit history as he makes all his purchases cash. He was granted a credit card by Nedbank - to start a credit history, but they will not give him vehicle finance, because he does not own property in SA.

He would be leaving the vehicle in SA with us while he is working. He comes on vacation every six months for six weeks. Is there any assistance or advice you can offer?

Douw Leadley of MFC, a division of Nedbank, responds:

There are some general pointers we would consider, regarding South Africans working abroad or on a cruise ship:

- Permanent employment in South Africa, to enable the bank to confirm the validity of employment and the traceability of the employee at both the residential and employment address.

The above factors form part of the credit assessment process that includes affordability testing as prescribed by National Credit Act (NCA).

In this specific case the Fin24 user's son has had a transactional account with Nedbank since 2013 and a credit card with a R60 000 limit on which there has only been minimum utilisation.

There are no other credit listed debt obligations.

In terms of the NCA affordability is, therefore, in line, but traceability is a challenge given the fact that both applicant and employer are based outside of South Africa.

We recommend doing the deal with a deposit, the value of the vehicle not exceeding the latest South African trade and retail values and the principal debt not being more than R150 000.

Exception could be condoned on the basis of acceptable behaviour on the Nedbank transactional account and credit card.

It is important to ensure monies earned are reflected in a Nedbank branch in South Africa. This can be proof of sustainability of such income for at least six months - therefore, the ability to maintain an instalment.

It is important for the bank to know where and with whom the vehicle is housed in periods of absence, due to the risk of the asset disappearing.

Comprehensive insurance at risk address where vehicle will be kept will also be needed.

The Fin24 user's son should save for a deposit on a vehicle to show the bank that he will also be at risk.

Proper information of his international employer with details where validation of such information can be done will also be needed.

Every case will be dealt with on merit, though.

A senior manager at Nedbank Credit Support has contacted the Fin24 user and explained to her why her son's deal was declined with MFC after he had obtained a Nedbank credit card. She now understands why the deal was originally declined.

Her son had the question why, if he earns so much money, he can't get a car, even after obtaining a Nedbank credit card.

It was explained to her that in the assessment we look at numerous factors, not only income, and with regards to the credit card, we need to see the conduct of its use over a period of time. She was happy with the explanation.

We told her that, moving forward, the credit card, if used in a well conducted way, will definitely count as a positive if he should be interested in applying for vehicle finance in the near future with us again.

We also told her that if he can work on a deposit it could also assist in the deal as security.