Cape Town - According to a recent decision by the Supreme Court of Appeal (SCA), local authorities cannot demand that property sellers pay the full amount of rates due for the current financial year before issuing them with a clearance certificate, says RealNet Properties.

This comes as the Constitutional Court earlier in the week ruled that new home owners are not liable for historical debt taken over from previous owners.

In the case mentioned above, the court was asked to order the municipality to refund the seller a sum of R1 066 532 for overpayment of municipal rates obligations. The seller had made the payment, albeit reluctantly, because a rates clearance certificate was needed for the transfer to happen.

RealNet explains that municipal clearance certificates are required in terms of Section 118 of the Local Government Municipal Systems Act. This proves that a property seller is up to date with all payments due to the local authority, and must be lodged in the Deeds Office with all the other transfer documents before the property can be registered in the new owner’s name.

"Knowing that sales cannot proceed without these certificates, local authorities have increasingly been insisting that sellers who want them must first pay the whole amount of rates due for the remainder of the current financial year," says RealNet.

The SCA has now found that, while it took into serious consideration the fact that municipalities rely mainly on rates for income to render the necessary services to their communities, Section 13 of the Local Government Municipal Property Rates Act actually provides for rates to be paid “as from the start of a financial year” and not on a particular date.

The rates act defines a financial year as “the period starting from 1 July in a year to 30 June the next year”. The SCA said this section could only be interpreted to mean that the rates due were payable within the period of the financial year - and not on July 1.

The SCA also noted that, in terms of the rates act, it is the owner of the property who is liable for the payment of the municipal rates, and that Section 118 of the systems act is “clear and unambiguous” in that a clearance certificate is to be issued in respect of municipal debts which have become due in the two years preceding the date of application for the clearance certificate - and does not apply to future municipal debts, when the seller is no longer the owner of the property.

* Earlier this week the Constitutional Court ruled that new home owners are not liable for historical debt taken over from previous owners. 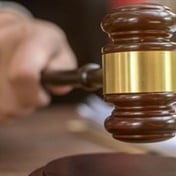