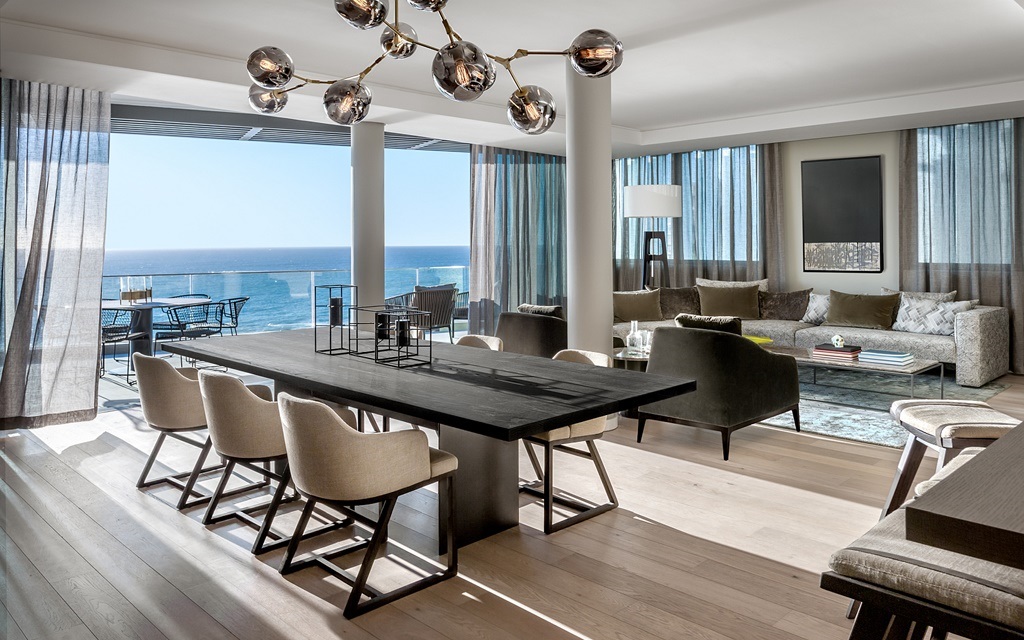 South Africa has an accessible property market and favourable exchange rate - and this bodes well for foreigners looking for long-term investments.

This is according to Grahame Diedericks, manager principal at Lew Geffen Sotheby's International Realty in Midrand, who believes the SA market is a "value purchase" for offshore investors.

"Coastal areas such as Plettenberg Bay, Durban's North Coast and the ever-popular Cape Town offer the lifestyle many foreigners are seeking, but at a fraction of the cost of international locations," says Diedericks.

Plettenberg Bay has long been popular with international buyers because of the climate, natural beauty and beaches. Most foreign buyers are from the UK, followed by Germany.

Other areas along the Garden Route are gaining in popularity with foreign buyers, notably the Knysna area. For example, Peter Mare from the Knysna/Sedgefield office of Lew Geffen Sotheby's International Realty has reported a spike in enquiries, especially from German buyers. He thinks this is due to increasing concerns in Europe about the viability of the European Union and the financial burden that will be placed on productive countries within it.

There has also been an uptick in foreign interest in Johannesburg's affluent neighbourhoods, with buyers looking for a base in the central business hub of South Africa, according to Lew Geffen Sotheby's International Realty. It is currently experiencing an international referral intake at its highest levels since 2019.

Chris Cilliers, CEO and co-principal for Lew Geffen Sotheby's International Realty in the Cape Winelands says they are still seeing an international interest in commercial wine farms, guesthouses and some residential property. The Winelands has always been popular with investors from Germany and the Netherlands.

"Whilst the interest is still there, it's notably slower. We are still seeing some interest from Swiss and Belgian buyers. Many people in Europe are unhappy with their governments' response to the pandemic and are looking to settle elsewhere," comments Cilliers.

Among the most recent sales to foreign buyers by Pam Golding Properties (PGP) is a Clifton bungalow sold in December 2020 for R37 million to an Emirati buyer from Dubai; another home in Clifton purchased "sight unseen" by an American for R30 million; and a penthouse in the V&A Marina for R41 million, also acquired by a US buyer.

According to Dr Andrew Golding, chief executive of the Pam Golding Property Group, such buyers recognise the highly desirable lifestyle offering on the Atlantic Seaboard.

"A comparable seaside lifestyle in most European and North American states would cost multiples of the Cape Town cost," says Golding.

PGP sales over the years to foreigners have been to buyers from virtually every country around the world, but historically those from the UK, Europe, the rest of Africa, Germany, the Netherlands, France and Belgium have been the most prevalent. More recently, PGP has begun to see interest from buyers in China, the UAE and the US.

It has become easier than ever before to buy property online, no matter where in the world, says the co-CEO of proptech platform Flow. | @Fin24 https://t.co/YWnFAnza56

"Contrary to some misconceptions in the marketplace, international buyers – including SA expats – tend to purchase property across all price sectors, consisting of different types of property in regions and locations around the country," says Golding.

"Foreign buyers range from professionals and businesspeople to families and retirees. Also, buyers from the rest of Africa continue to show an appetite for residential property in SA and comprise an increasing proportion of our foreign buyers." Furthermore, Golding says it is a misconception that international buyers have an impact on sales prices.

"International buyers are savvy and research the market thoroughly and will only pay market-related prices. So, the luxury residential property market, which spans from approximately R5 million up to R100 million and beyond in rare instances, remains predominantly a local market, with foreign buyers comprising only around 1% of total sales in any given time period," he explains.

"The luxury market - and the residential property market in general - in South Africa is currently at its most competitive pricing in over a decade, so this is an excellent time to secure a well-priced property in international terms. I anticipate that the luxury property market is going to see a lot more buyers considering these types of homes as quality of life and affordability take precedent when they are considering their next residential purchase."

Ross Levin, managing director for Seeff Atlantic Seaboard and City Bowl, says there has seen a notable uptick in demand from foreign buyers, especially from the European countries that have experienced hard lockdowns and are in their winter months.

"We have also seen a massive influx from African clientele, especially high net-worth Nigerians. This has mainly impacted the short-term rental market of luxury properties," he adds.

Seeff has seen a notable sales boost in houses in the price category of between R10 million and R20 million and sectional titles below R5 million. Sales to foreign buyers included the UK, Switzerland, China, Malaysia, Italy, the US, the UAE, Nigeria, and Greece, but enquiries are also coming from northern European countries such as Germany and the Netherlands.

Seeff has clinched over R178 million in sales to foreign buyers over the past four months alone, including a luxury villa in Fresnaye, Cape Town, sold in December for R36 million to a buyer from Dubai as a holiday home.

According to broker/manager of RE/MAX Living, Susan Watts, overall, they have experienced an uptick in sales to foreigners. In her view, this can be attributed to the attractive exchange rate; a drop in prices; and the cost of living having increased internationally.

From March 2020 until January 2021, RE/MAX Living has made just shy of 40 sales to foreigners. These sales include buyers from the US, UK, UAE, Switzerland, the Netherlands, Ireland, Germany, France, Canada, Austria, Belgium and Qatar.

We live in a world where facts and fiction get blurred
In times of uncertainty you need journalism you can trust. For only R75 per month, you have access to a world of in-depth analyses, investigative journalism, top opinions and a range of features. Journalism strengthens democracy. Invest in the future today.
Subscribe to News24
Related Links
These are the top spots favoured by South Africans buying property overseas, and why
Bleak outlook for office sector as work-from-home trend takes root
Vacancies rise as landlords battle rough rental market
Next on Fin24
Covid-19 shakeup of residential property market is likely here to stay