Beware: failing to file tax returns is a criminal offence 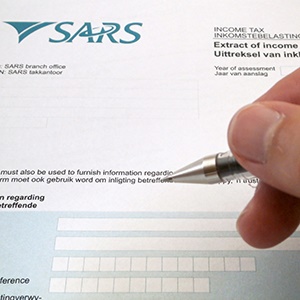 Failing to submit a tax return can result in a criminal record for non-compliant taxpayers.

Last month the South African Revenue Service (SARS) published the names of 10 offenders who failed to submit their returns and who now have criminal records.

SARS has always been able to do this in terms of the law, but in the past elected to only fine offenders, explained Darren Britz, tax attorney at Tax Consulting South Africa.

“We have a new type of taxpayer, guys who over the last 10 years who felt morally righteous about not paying their taxes,” Britz said. As a result SARS has made use of this scare tactic to address the slip in compliance, he explained.

“All SARS is saying let’s make a media campaign about this and let’s prove to taxpayers if they do not comply we will prosecute them criminally. Nothing has changed in terms of the [Tax Administration] Act, they have always been able to do this,” he said.

“In other countries around the world this is commonplace. If you do not pay your taxes you get criminally prosecuted.”

If a taxpayer is subject to an audit, and finds intentional evasion then the taxpayer will be penalised, in addition to the tax that is owed.

“Depending on how bad your behavior is, your penalty essentially goes up.” Non-compliant taxpayers can be penalised up to 200% of the tax owed.

All issues of non-compliance, such as not filing returns or nor paying taxes, or not competing returns correctly were dealt with by issuing penalties, even though SARS had the right to imprison offenders in addition to the fine. SARS has the option to imprison the offender up to a period of two years, said tax consultant Vincent Radebe.

What is a criminal offence

In terms of the act, other criminal offences include issuing false or incomplete or erroneous statements. Failing to register with SARS or notify SARS of a change in registered particulars is also an offence. Radebe advised to keep SARS updated about details as well as contact information.

Radebe and Britz both explained that instead of doing your own calculations always have a professional check if you are unsure about possible errors, before submitting a return.

Once the action is identified as criminal, the matter will be referred to a SARS official dealing with criminal offences to separately investigate the criminal elements, Britz explained.

In a civil process, the onus is on the taxpayer to prove their case. In a criminal matter it is up to SARS to do the criminal investigation to prove its case.

“Those who do not file returns are most at risk,” said Britz as it is easy to prove if someone did not file.

Tax filing season kicked off on July 1 and taxpayers have until September 21 to file their tax returns manually or via the post to the SARS.

We live in a world where facts and fiction get blurred
In times of uncertainty you need journalism you can trust. For only R75 per month, you have access to a world of in-depth analyses, investigative journalism, top opinions and a range of features. Journalism strengthens democracy. Invest in the future today.
Subscribe to News24
Related Links
Better collection means a better outlook for taxes
SARS to revive Large Business Centre, revamp e-filing
When SARS creates its own tax loopholes
Next on Fin24
EXPLAINER: Can I claim tax deductions because I'm working from home?