Make sure your will is valid 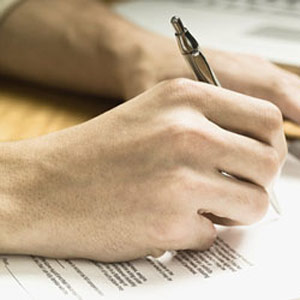 Cape Town - Unfortunately, practical experience has taught that a fight is often the case when someone dies, says Hilary Dudley, managing director at Citadel Fiduciary.

"Just at a time when you would hope that your family pulls together to support one another in their bereavement, the fact is that the heady mixture of raw emotions, the overwhelming sense of loss and deep-rooted grievances and squabbles can come to the fore to create complex family dynamics," she notes.

"These are often exacerbated by the involvement of in-laws who add their views and opinions to the mix. The last thing you want in this difficult situation is for there to be any legal issues for your family to contend with on top of everything else."

This is why it is so important to have in place an up-to-date and appropriate will, clearly setting out how and to whom you want your assets to devolve on your death.

It is just as important to ensure that your will is valid.

There are several factors to be taken into account when considering the validity of a will:

- Whether the person signing the will was mentally capable at the time of signing it – that they appreciated and understood the legal consequences of signing the document;

- Whether the person signing the will did so freely, without duress or undue influence – they signed the document of their own free will;

- Whether the various formalities prescribed in the Wills Act were complied with in the execution of the will – this can get a bit technical, which is why Dudley advises that you obtain qualified assistance to ensure that your will is correctly executed or signed, in addition to your obtaining the assistance of a professional to actually take instructions and draft an appropriate will.

"It is easy to appreciate why there are such strict formalities around the execution of a valid will: the document is intended to evidence the wishes of a person regarding the devolution of their assets at a time when they are no longer able to do so. They are not present to explain their wishes and intentions and so it is of utmost importance that these are clear, as well as undisputedly being theirs," says Dudley.

"The basic rule regarding the dispute of the validity of a will on the grounds of a lack of capacity or duress is that the person alleging the invalidity must lead evidence before the High Court to prove it on a balance of probabilities. This can be tricky."

Checking whether a will complies with the prescribed formalities for execution is a more formulaic and less nebulous process. The Wills Act also contains various rescue provisions to cater for different scenarios.

However, there are additional formalities set out in the Wills Act for the valid execution of the will in such a situation, involving a Commissioner of Oaths having to participate in the execution.

There is a rescue provision in the Wills Act in terms of which a court, if it is satisfied that the document was intended to be their last will, can order the Master of the High Court to accept a will as valid in spite of it not complying with the required formalities for execution.

"Bear in mind, though, that such an application to the High Court involves instructing an attorney, who in turn briefs an advocate to move the application in court. This comes at a cost in terms of time, money and unnecessary emotional distress for your family," cautions Dudley.

"Our recommendation is that, if you have gone to the time and effort to draft a will to ensure that your last wishes are carried out, you must also be certain that it is correctly executed."

Read Fin24's top stories trending on Twitter: Fin24’s top stories
Related Links
What happens when you pass way without a will?
Wills: What you need to know
Retirement death benefit: fund trustees can override deceased member’s instructions
Share
Next on Fin24
Need to vary your divorce order? An attorney explains