MONEY | Consumers are flocking to debt counsellors - what should you know about this process? 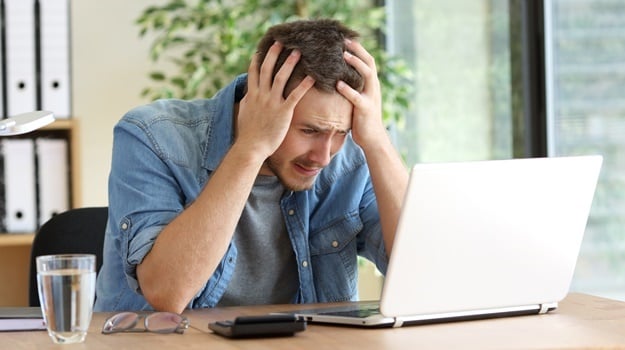 DebtBusters is reporting a 40% increase in debt counselling inquiries in January 202. But consumers still struggle to understand the complexities of this process. (iStock)

Battered by unemployment and salary cuts in 2020, millions of South African households entered the new year struggling to get by. Some are not even able keep up with their children's school fees, let alone repay their debts.

As early as in the second quarter of 2020, the number of consumers' accounts that were one or two months in arrears had started rise, according to the National Credit Regulator's Credit Bureau Monitor. While the regulator has not published data beyond this period, credit bureaus who track these developments faster have been sounding the alarm.

TransUnion reported that delinquencies increased across all credit products in the third quarter of 2020 and DebtBusters has seen a 40% increase in consumers making debt-counselling enquiries this January.

Not everyone who has enquired about debt counselling has signed up for it. Understandably so. It can be a complicated process and its pros and cons are well documented.

Surprise fees charged by some companies in the past, overnight counsellors on social media requesting upfront payments and unfulfilled promises of quashing debts within a short period of time have not made the debt-counselling industry easy to trust.

"Debt counselling didn't really have the best of start and we always say that consumers need to know what they are signing up for. They must be given the right level of information and transparency," said Benay Sager, head of DebtBusters.

The debt-counselling firm said the process should not start without a paper trail, including their debt counsellor's registration details with the National Credit Regulator (NCR), a detailed financial assessment and debt-repayment plan.

What rules should your counsellor comply with?

Apart from the NCR registration, there are other rules and guidelines that reputable debt counsellors abide by. One of these is the Debt Counselling Rules System (DCRS). This is an agreement between debt counsellors, credit providers and the NCR that provides for voluntary concessions such as the exclusion of certain charges and the adjustment of interest rates and repayment terms, among other things.

There are debt counsellors that do not use the DCRS system which Sager cites as the prime reason why some consumers feel that their debt does not dimmish although they have been on debt review for years. Under the DCRS system, which has been in place since 2010, Sager said debt counsellors are able to reduce interest rates, even for unsecured lending - up to 0% when needed. But every consumers' situation differs and their ability to afford payments is taken into account.

"If you are not using the DCRS system, you are actually not securing a better deal for consumers. What we find in majority of the cases, [is that] we are able to lower what consumers pay to about a third of what they had to pay previously," he said.

What types of debt can counsellors negotiate interest rates on?

For starters, debt counselling only protects consumers from harassment from creditors only on debt agreements entered into under the National Credit Act (NCA). This means that business-related debts, student loans owed to the National Financial Aid Scheme and universities as well as outstanding school fees handed over to debt collectors cannot form part of debt counselling.

Debt owed to the SA Revenue Service, municipalities and outstanding TV licence fees are also excluded. Cellphone contracts debts might be included under debt review if the service provider agrees to that.

But even when it comes to credit agreements entered into under the (NCA) to which the DCRS system extends, Sager said the negotiation of interest rates for vehicle finance and home loans differ.

"There the provision is that the interest rate can be reduced to the repo rate plus 2%. In this case, it would be 5.5% as the minimum that one can get," he said.

What about the debt counsellors' fees?

While it promises to get debt collectors off consumers' backs, debt counselling is not debt forgiveness either and it comes at a cost. The National Debt Review Centre has published the fee structure here.

The once-off application and administration fees are regulated and due upfront and in full. Other fees are payable monthly and if a debt counsellor asks you to pay them upfront – especially when these are paid separately and not through the payment distribution agency registered with the NCR – it is likely a scam, said Sager.

These monthly fees differ from one person to another and are based on affordability and the size of the debt, said Sager. But between 90% to 92% of monthly payments that a consumer makes to the debt counsellor should in most cases go towards credit providers.

This means that these ongoing fees normally take between 8% and 10% of what consumers pay every month. Once the consumer has paid all fees due, they cannot be charged for any other additional fees.

When will you get your debt review clearance certificate?

Although the agreement under the DCRS system is that consumers under review will be able to repay their debts within five years, Sager said consumers can pay more than their agreed minimum repayment without incurring penalties and, because of this, many get their clearance certificates within three years.

Carla Oberholzer, a registered debt counsellor and debt advisor at Debt Safe, said to get the clearance certificate, the debt counsellor needs to receive paid-up letters to all credit providers. This may take some time depending on the cooperation of all creditors.

Once a clearance certificate is issued, credit bureaus also receive this information within a few working days. But Oberholzer advises consumers follow up with credit bureaus to make sure that they get "unflagged" from being overindebted.

While this is a celebratory milestone for consumers who would not have been able to get any new credit while under debt review, Oberholzer said it does not mean credit taps will immediately overflow. The consumer must build their credit score from scratch again.

"So, with a little endurance and patience, they can apply for credit again in due time," she said.

Oberholzer and Sager said consumers need to be aware that debt counselling is not a quick-fix process. It is a journey to rehabilitate and reset one's debt habits to avoid falling into the same trap again in future.