The world is on fire, and capitalism will burn you too - Harvard economist Rebecca Henderson, the Harvard professor and economist who authored the book Reimagining Capitalism in a World on Fire, says big business' desire to "stay in their lane" and not rock bad governments' boat when they don't have to, lose while society is bleeding.

This, she says, cannot continue anymore.

Speaking at the GIBS Business School webinar on reimagining capitalism, Henderson said while big business is increasingly decrying excessive regulation, it was perhaps time to "raise the floor" on the regulatory front, so that capitalism can finally begin to serve the society it is making its profits from.

There’s more to this story
Subscribe to News24 and get access to our exclusive journalism and features today.
Subscribe
Already a subscriber? Sign in
Next on Fin24
Tito's Way: The maverick-style leadership offer Ramaphosa can't refuse 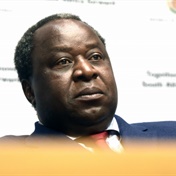