Terry Bell: Ahead of elections, the when and how of promises must be interrogated 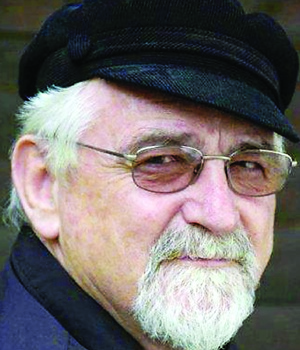 As we trudge our way toward 2020, the World Bank (WB) informs us that fewer people around the world are today living in extreme poverty; that for many, living standards are improving.  This is true, but it is also far from the whole picture.

China and India are held up as prime examples where many more people are today living on more than the $1.90 (R14) a day decreed by the WB to equal extreme poverty. But the desperately poor in these two countries started from a very low base and their marginal economic upliftment came through their labour being sold so cheaply.

The rapid movement of capital and production to cut-price labour destinations has meant some slums moving into marginal affluence while some once marginally affluent areas have declined into slums.  Incomes are also stagnating in many regions and falling in others.

For example, in Britain, the fifth largest economy in the world, a recent report revealed that 4.5 million people now live in “dire poverty”.  And in the United States, still the world’s largest economy, wages for more than half the working population have stagnated or declined in real terms for the past decade.

The rich get richer

At the same time, the wealthiest individuals globally have become much richer. Workers of the world, therefore, suffer swings and roundabouts, with the overall trajectory being fewer jobs and lower pay.

“Trickle down” economic policies clearly do not work;  worse still, they are destructive.

This is at least recognised by the labour movement in South Africa and by most workers, whether employed or jobless. So there exists a widespread demand for an alternative to what has gone before — and that extends well beyond the state capture decade presided over by President Jacob Zuma.

As a result, and with an election looming, the existing parliamentary parties are claiming to be harbingers of new, improved, even alternative, futures. But promises of a better life for all are just as much the stock in trade of politicians as they are of evangelists.

As that great labour icon and songster, Joe Hill once wrote, such promises amount to “Pie in the sky”.  The delivery date is always “bye and bye”.

Evangelists, of course, can never be held to account because they assure us that such rewards arrive only when we die. Or, as Joe Hill put it: “in the sky — way up high”.  As a result of being held to account, most politicians are deft at deflecting criticism, usually by blaming pressures beyond their control or — all too frequently — pointing fingers at scapegoats, in the process often encouraging racism and xenophobia.

The who, the when and the how

These promises and deflections should be interrogated. Critical analysis is essential. When, for example, universal preschool education is promised, initial questions should be: where are the teachers? Who will train them, when and how?

There are also very basic, long-standing questions that should be asked, especially by trade unions professing egalitarian principles. How, for example, can a government, claiming to adhere to democratic, constitutional, principles, use taxes to fund hereditary kings and chiefs who, in many cases, are the descendants of appointees of the colonial and apartheid regimes?

It is these and other questions — above all those about jobs and the wage and welfare gap — that have caused much of the demoralisation, disgruntlement and anger within worker ranks.  As a result, there is quite widespread demand for a political and economic alternative.

The Socialist Revolutionary Workers’ Party (SRWP), recently registered  by the National Union of Metalworkers (Numsa), seems to be positioning itself to play such a role.  But, incredibly, this party emerged without a political platform other than being anti-capitalist, socialist, revolutionary and Marxist-Leninist, terms that clearly need to be defined.

It is also still to be made clear whether the SRWP will contest the coming elections. If it does, and given the backing of Numsa along with several declared supporters, its electoral prospects could be considerably better than those of the “socialist alternative” of 2014, the Workers and Socialist Party (Wasp).

Wasp was formed in the wake of the Marikana massacre by the small Democratic Socialist Movement, with the apparent backing of groups of striking miners.  It was one of 29 parties that contested the 2014 elections where it gained just 8 331 votes out of the more than 18.3 million cast.

However, times have changed.  But by how much and in which way?  And what remains just as true today as five years ago is a need for clarity about any alternatives to a clearly failing system.

Rhetoric, however radical, is no substitute for policies and a programme for their implementation.  If the labour movement wants a real alternative, one that extends democracy, this is the challenge that must be taken on.

In the meantime, to quote the last words of Joe Hill before he died: “Don’t mourn — organise.”

We live in a world where facts and fiction get blurred
In times of uncertainty you need journalism you can trust. For only R75 per month, you have access to a world of in-depth analyses, investigative journalism, top opinions and a range of features. Journalism strengthens democracy. Invest in the future today.
Subscribe to News24
Related Links
Poll: ANC set to dominate national elections
How elections, land reform could impact SA property in 2019
SA to introduce new oil and gas law after 2019 polls
Next on Fin24
IAN MANN REVIEWS | The 7 tests any great CEO or manager should learn to pass