WIDENING gaps between the haves and the have-nots is a plague of the 21st century, a problem that is even beginning to gain attention from the plutocrats (see Nick Hanauer’s famous letter to his fellow rich Americans: “The problem is that inequality is at historically high levels and getting worse every day. […]

"If we don’t do something to fix the glaring inequities in this economy, the pitchforks are going to come for us. No society can sustain this kind of rising inequality. In fact, there is no example in human history where wealth accumulated like this and the pitchforks didn’t eventually come out”.)

At the World Social Sciences Forum held in Durban from September 13-16, economics professor and executive secretary of the International Development Economics Association Professor Jayati Ghosh said this is not a natural state of affairs but in large part generated by the way international trade operates today, which impacts on both intra- and inter-country inequality.

Ghosh was speaking alongside Malaysian economist Dr Jomo Sundaram, assistant director general and coordinator for economic and social development with the Food and Agriculture Organisation of the United Nations. They both gave thought-provoking presentations which made a case for a rethink on how the global economy is run.

Ghosh outlined the major drivers of inequality globally, not least of which is the globalisation of finance. (It’s always good to hear from economists who think outside the conventional box of tools – which has given us some spectacular failures lately, hasn’t it.)

Finance’s globalisation, she said, has resulted in “increased fragility” and exposure to economic cycles, thanks to the mobility of financial capital. Globalised finance also exerts forces which increase wage inequality: “The increase in wage inequality [which includes both salaries and wages] throughout the world is very high. At the bottom end, wages are stagnant or falling, but they are rising very, very sharply at the top end.”

A drive for fiscal austerity has become universal, she said, affecting not just countries experiencing downswings; belt-tightening which generally removes resources from the poor and thus increases inequality is also seen as necessary in economies in surplus.

There is an obsession with exports that results from the intensification of globalisation, she noted, a quest for stimulus from outside which virtually all countries in the world now evidence – it’s desirable for demand to come from other countries.

There’s a huge pressure to become more competitive – and for ‘developing’ countries, this means utilising their comparative advantages in terms of the cost of labour and other factors of production. So there are calls for labour flexibility – no or little prescription for minimum wages, elasticity in the conditions of labour and the like. The result is what’s been called the ‘race to the bottom’, which deepens inequalities.

The nature of global trade agreements, Ghosh said, has become “less and less about trade and more about other aspects”.

The result is vastly reduced scope for countries to use industrial policy to support development of their own internal industries – and this kind of policy, Ghosh pointed out, was a tool used during their rise to power by every single one of the countries currently at the top of the economic heap, at some time between the start of the industrial revolution and the end of the 20th century.

In fact, Britain only started to punt free trade when serious competition began to be felt from the nascent economic power of the USA, as fellow-panellist Sundaram pointed out: “You begin to espouse free trade when it’s in your interest.”

Finally, the focus on controlling knowledge in the form of intellectual property rights has implications for countries striving to develop - once again, most of today’s top economic players used what would now be called ‘theft of intellectual property’ (or emulation - you don’t reinvent the wheel) to spur early efforts to establish industries.

The USA, Japan, Britain… in all of these countries copying technology from elsewhere was key to their rise to power.

She added that the “corporatisation of the media has implications for public awareness and understanding”. (The media here is not just what is now being called the ‘legacy media’ with printing presses and news desks – it is also the media online. Which is not by any means free of commercial influence.)

In consequence there is “reduced ability to engage in relevant analysis and being able to see truth”. Knowledge of all kinds – including science – was increasingly being “corralled into support of power”.

Ghosh concluded: “Genuine transformation requires a transformative vision. I hope this conference moves us in that direction.”

Many of the participants in the World Social Sciences Forum presented papers which provided convincing evidence supporting the view that growing inequality is the result of systemic issues.

As the conference wrapped up, the participants issued a declaration which committed them, among other things, to pursue goals aimed at creating that transformative vision, to:

- Produce evidence to highlight issues requiring urgent attention and action, support advocacy and inform policies to respond to them;

- Support efforts to address asymmetries, disparities, divides, and lack of autonomy in knowledge production through the creation of transformative knowledge programmes; and

- Support measurable progress to overcome inequalities, including through the implementation of the sustainable development goals. These goals, due to be adopted before the end of September at the UN in New York, will shape our global quest for a more just and equitable future.

*Mandi Smallhorne is a versatile journalist and editor. Views expressed are her own. Follow her on twitter. 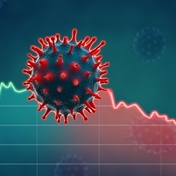