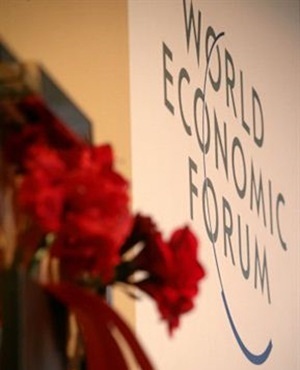 Johannesburg - Since the 2008 global financial crisis, enthusiasm about Africa has been unbridled. Supposedly endless opportunities, coupled with high growth rates, grabbed the attention of global investors.

The rush to Africa became a perennial talking point at the World Economic Forum (WEF) in Davos, prompting an increase in Africa’s participation at the prestigious gathering of world leaders.

This year, however, the conversation has shifted. Investors are now reflecting on the economic headwinds facing almost all emerging economies. Davos 2016 looks set to be a tough one for African delegates as they try to maintain interest in the continent.

In Davos, marketing can be just as important as high growth rates. In 2010, South Africa was the epicentre of excitement as the country prepared to host the Fifa World Cup. The South African delegation pulled off a cheap, but highly effective marketing coup that saw most attendees sporting a South African flag scarf.

A year later Nigeria followed suit. A scarf-based rivalry between Nigeria and South Africa began, with delegates pledging an unofficial allegiance by wrapping themselves in their favoured neckwear.

In fact the battle of the scarves at WEF seemed to mark a clear shift in perceptions towards the continent. Prior to the crisis, Africa was largely seen as the global economy’s "problem child". In 2008, as many of the developed world’s economies seemed to be crumbling, a paradigm shift occurred. Africa has become the last economic frontier.

But by 2014, when Nigeria rebased its gross domestic product (GDP) and took the top spot as Africa’s largest economy, the conversation had evolved. Investors were enthusiastically exploring the plethora of opportunities in Africa’s two powerhouses.

This year another shift may be on the cards. Africa’s richest man, Nigerian billionaire Aliko Dangote, will be attending Davos 17% “poorer” according to analysts, who say his net worth has fallen to $17bn. Not such a problem for him, perhaps, but the weak naira and the collapse in oil prices have wiped billions of dollars from Africa’s largest economy and all in the country will be feeling the effects.

This isn’t just a Nigeria specific problem, though. Low commodity prices and currency volatility are among the key themes plaguing Africa and its investors in 2016. The rand has hit new all-time lows of R17 to the US dollar, with the currency depreciating 35% over the last year. Africa’s most industrialised nation is expected to grow by just 1.5% this year.

Apart from the obvious domestic issues faced by commodity producing nations, most African countries have also been impacted by slowing growth from China and the tightening of interest rates by the US Federal Reserve.

Then there is the rise of terrorist groups. Nigeria, Kenya, Mali and others all face issues there.

This year African delegates may have to convince investors to stay committed to the continent by focusing on the very same sectors that received so much attention just two years ago: retail, telecoms, power and infrastructure.

It is not all gloomy, though. Sub-Saharan Africa is still expected to clock in growth of 3.75% in 2016 and is still home to some of the fastest-growing economies in the world.

In fact, this year’s most interesting stories may come from outside Africa’s "big three". Countries such as Ethiopia, Rwanda, Tanzania and Mauritius are all showing promise with strong growth rates, albeit from a low base. While these countries don’t have a big presence in Davos, at the moment they are the most resilient economies in Africa.

Perhaps they should consider investing in a few scarves.

* Eleni Giokos is a business correspondent at CNN.