Eddie Rakabe | This time is different. The economy may not survive 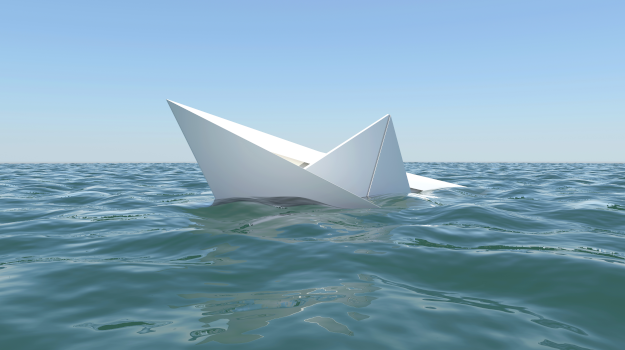 It is hardly two months since the minister of finance, in his budget speech, confidently likened the South African economy to an aloe ferox plant, known to survive in the most arid climate conditions.

This plant prefers less water; it wins even when it seems the odds are against it, he said. He went on to reassure his flattered members of Parliament that "the South African economy has won before and it will win again".

Little sooner had the Minister stepped off from the infamous Parliamentary podium, a barrage of economic headwinds came crushing down the little hope for near-term victory or economic recovery.

Fourth-quarter GDP figures confirmed that the economy slipped into a technical recession after experiencing a contraction for two consecutive quarters in 2019. The little confidence generated by the seemingly decisive and austere budget has been shattered by week-long rolling blackouts to which the fourth quarter growth contraction is partly ascribed.

As if this is not enough, the risks of downright economic depression have now emerged from an unlikely, health-related crisis of global proportions, whose impact overwhelms even some of the world's biggest economies.

The coronavirus pandemic will be the ultimate acid test of resilience for the aloe ferox, metaphorically, and the South African economy, literally. The coronavirus hit South Africa economy at a time when government is virtually impaired to effect any plausible counter-cyclical fiscal adjustment – inject money into the economy in order to boost demand.

This, then, begs the question of whether the South African economy can defy the odds and win again as the minister of finance professed. Hard choices will have to be made regarding whether to water the plant or continue to rely on its inherent botanical properties for endurance.

The irony, of course, is that a decision over whether a plant needs watering is usually a no-brainer. A plant wilting from dryness certainly needs watering, but it is not always clear what do with an economy that is facing a risk of stagnation from a complex medical ailment that not only shut down the respiratory system of affected people but has also caused closure of most world economies. The coronavirus pandemic is poised to become the first health-induced economic contagion of the 19th and 21st century.

Estimates suggest that the economic impact of the pandemic could very well surpass the devastation caused by the 2008 financial crisis and even World War 2, if the ongoing restrictions on commercial activity are protracted.

Economic activity, that is, the ability of firms to produce, of countries to trade and of people to work and transact, keeps the world going around. There can be no economy or peace to speak of when economic activity is mute. Sooner or later, firms will lose the confidence to invest and capabilities to produce. People, too, will lose the ability to earn income and support their livelihoods, and government cannot raise the tax revenue needed to support vulnerable groups.

Such a predicament, however unlikely, could spark unprecedented economic depression, social strife and loss of life as people scramble for limited opportunities and food. This especially true for Africa, where 80% of people survive on less than 5$ or R90 a day, and rely on the informal sector for jobs. Protracted work and trading restrictions could indeed prove life-threatening.

The situation looks dire for the world economy, and more so for the African countries which have already seen stock markets plunging, capital receding to safe havens, and currencies plummeting to levels not seen during the 2008 financial crises. The precarious situation of African economies with high dependency on debt, imports and hypersensitive sectors such as resources, agriculture and tourism, makes the continent extremely vulnerable to the coronavirus-induced economic headwinds.

The United Nations Economic Commission for Africa has revised the continents’ growth prospects for 2020 from 3.2% to 1.8%. A combination of weakening currencies, stunted foreign exchange reserves and rising yields on bonds would mean shortage of supplies, high cost of food and essential medical supplies and risk of sovereign credit default for many of the African states.

While every country faces unique economic challenges from the coronavirus pandemic, South Africa finds itself in an untenable situation, exacerbated by deep-seated electricity supply constraints and fiscal discipline challenges.

Can SA afford a stimulus?

It is common knowledge that the South African economy entered the coronavirus era already in dire straits – debt rising and growth taking a nosedive. The Budget tabled in February 2020 was at pains to find growth and recovery triggers, to no avail, as the salary bill continues raking in the lions’ share of the available resources.

Conventional economics suggest that government should inject more money in the economy by either increasing spending or lowering taxes to stimulate a shrinking economy. The assumption being that there are resources available either from reserves, savings or borrowing to deploy in growth inducing spending.

However, it was evident from the tabled Budget that the country lacks the wherewithal to embark on fiscal expansion to smooth output declines, either through borrowing or structural budget shifts.

The dire nature of the national Budget constraint became clear when the president announced a rather timid coronavirus economic relief package, backed by a R500 million relief fund for small businesses and a number of off-budget interventions, ranging from soft loans (R3 billion's worth) from Development Finance Institutions to tax breaks and salary payment assistance for low income employees through the Unemployment Insurance Fund.

This is undeniably commendable, but it is a far cry from the billions of dollars being deployed by developed countries to cushion their countries against coronavirus induced economic shutdown. By way of example, the US has passed the largest economic stimulus budget of all time, amounting to $2 trillion (roughly six times the size of the SA's economy) while Germany approved a $814 billion (€750 billion) economic relief package.

These interventions will see large sums of cash being injected into these economies through interest-free loans to businesses, unemployment benefits and direct payments to distressed households.

Granted, the comparison with South Africa is rather unfair, but the magnitude of the interventions will show that economic resilience is by no means the only condition for economic recovery, as implied by the minister of finance.

What then is to be done? Regrettably, the options are thin and yet this time around the economy genuinely needs some stimulus if it is to survive the double whammy of pre-existing constraints and the coronavirus induced economic shutdown unscathed.

Turning to the World Bank and the International Monetary Fund would only aggravate debt problem, and in all likelihood interrupt the economic reform programme proposed by the finance ministry.

The solution rests not so much on illustrious budget allocation, but on quality execution of existing policies on education and skills development, health, industrialisation, small business development, structural transformation and fiscal credibility.

There can be no growth and recovery if the fundamental underpinnings of such growth are wanting. The time has finally arrived to nurture the aloe ferox, for it dies, it will be many years before we plant another in its place.

Eddie Rakabe is an economist, researcher and writer. Views expressed are his own.

We live in a world where facts and fiction get blurred
In times of uncertainty you need journalism you can trust. For only R75 per month, you have access to a world of in-depth analyses, investigative journalism, top opinions and a range of features. Journalism strengthens democracy. Invest in the future today.
Subscribe to News24
Related Links
Donations, loans & pledges: What you need to know about those billions aimed at fighting Covid-19
Solly Moeng | Rock bottom is a great place for a fresh start
BOOK EXTRACT | Bruce Whitfield: South Africa isn't just unequal - it's unfair
Next on Fin24
Bruce Cameron | Why you should stay away from 'universal' life products