Ferial Haffajee: 'Will Tito stay?' and other post-election questions business is asking

'Is Tito coming back?'

After former President Jacob Zuma’s various attacks on the Treasury, the person who holds the position of Finance Minister is important to the business community because it is a signal of economic direction.

Finance minister Tito Mboweni is a clear advocate for growth-led policies and his iconoclastic style is a winner. There is a list circulating which suggests he will not come back when President Cyril Ramaphosa announces his Cabinet.

It is likely that he will be back as a mark of stability and because he is Ramaphosa’s whisperer, speaking the uncomfortable truths the President cannot in South Africa’s often byzantine politics.

Not really. In general, and in the private sector specifically, South Africa wants a strong man head of state to mop up the horrors of the Zuma era.

That’s not President Cyril Ramaphosa’s style. He plays the long game; he strengthens institutions; he is ambitious enough to know that to complete two terms, he needs to keep the many parts of the ANC happy.

This does not please CEO types who want him to behave more like they do: which is plan, execute and order. Besides, in a world with strong men like US president Donald Trump, Philippines president Rodrigo Duterte and Turkish president Recep Tayyip Erdogan, do we want one of those?

'Is the politics over now? So we can do some business?'

We wish that were the case. But it’s not. Next year is likely to be a local government election, and with the battle for the cities becoming a rising trend in politics, the next campaign will start almost immediately.

Then, next year, the ANC holds is 2020 national general council which is a stock-take between national conferences. The skirmishes in the party are going to get worse, not better, as Ramaphosa deepens his authority, and if he makes good on his promise of "renewal".

The word "renewal" in an ANC context is subtext for getting rid of corrupt networks. They are deep in the party and its manoeuvrings are likely to keep impacting on the stability of the economy. It’s sad, but true.

Business should get used to doing business with unstable politics as a constant – like US, British, Turkish and Nigerian business communities do.

There’s a thing! The story of the 2019 election is likely to be the rise of the EFF. The party will make significant gains, but it was not the "government in waiting" it claimed to be throughout its four-month long campaign.

A much larger contingent of EFF MPs in the National Assembly is likely to result in populist rhetoric dominating the political reporting agenda and will give rise to greater uncertainty because of the party’s viral effect on the narrative.

It is likely to push for insourcing of labour (in the public and private sectors) as well as for land distribution through expropriation. In the provinces, it will add to the risk of patronage politics as the party tries to swing tenders to its network of supporters and financiers.

This pattern has been clear in Johannesburg and Pretoria (Tshwane council) where it is a powerful player if not a part of government.

'Will they leave the SARB alone now?'

Largely. There may be remnant rhetoric about nationalising the central bank, but the business community would be remiss not to realise this is such an empty threat, it should not occupy as much national debate space as it does.

The bank’s private shareholders have no control whatsoever over monetary policy. The state capture wing of the ANC will raise the resolution of the party at its Nasrec, Johannesburg conference in December 2017, but SARB governor Lesetja Kganyago has grown incredibly adept at standing for his institution’s independence.

'Bonus question: When will we see Zuma in orange overalls?'

Never. The former president has always said he wants his day in court related to allegations that he received payola from his financial advisor Schabir Shaik, who in turn received commission from the companies at the centre of the arms deal.

He has spent over 10 years avoiding that day in court; the stage is set for an epic legal and political battle against any attempts to even get him into court for the much more significant allegations he faces related to the Gupta family’s capture of the state.

We live in a world where facts and fiction get blurred
In times of uncertainty you need journalism you can trust. For only R75 per month, you have access to a world of in-depth analyses, investigative journalism, top opinions and a range of features. Journalism strengthens democracy. Invest in the future today.
Subscribe to News24
Related Links
Here's what South Africans searched for on election day
Wows and vivas: Mboweni’s 'derby day' at the polls
Election memorabilia: here's what's up for grabs as market grows
Next on Fin24
Invest DIY | Technical analysis tools for long-term investing 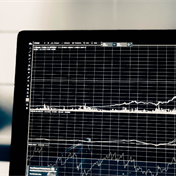