Friedman: Root causes of limp economic growth not being tackled 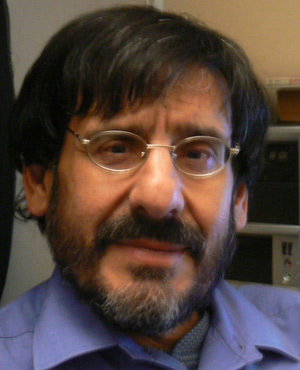 Finance Minister Pravin Gordhan spoke of protecting the economy from predators. This is commendable but not enough to build an inclusive economy, explains Professor Steven Friedman.

Protecting and growing the formal economy is important. But so too is changing it in ways which enable many more to enjoy its benefits. This was the most important message in Finance Minister Pravin Gordhan’s Medium-Term Budget Policy statement.

Since there seems to be some confusion on what this statement is meant to do, it is worth pointing out that it is not a “mini budget”. It is a statement of broad budget policy, whose details are filled in by the annual budget speech. So its impact should not be judged on whether it provided a detailed account of government tax and spending plans but on whether the approach it spells out is what the economy needs.

To illustrate this, the speech made it clear that student protests have pushed higher education to the front of the spending queue (confirming that inevitable political reality, that those who shout loudest usually manage to push to the front of the spending line). But it also seemed to confirm that free tertiary education for all is not on the cards: this is a broad policy goal so, if the government had embraced it, it would have said so.

Looking at the speech as a broad priority-setting exercise, it does meet the demands of the hour - although it is not yet clear how the National Treasury hopes to turn intention into reality.

The context of the statement was clear to all who heard it. The National Treasury - and the formal economy which it serves – is under threat as  patronage politicians and their allies in business and government seek to turn public finances into private piggy banks. The minister himself, of course, is personally in the firing line of this assault. Growth has faltered and anxiety about recovery prospects are focused on the threat of a ratings downgrade.

Inevitably, the statement was viewed as a way of showing the government was willing and able to tackle these threats. It contained much which was designed to do just that – the pointed references to the need to combat corruption, enforce procurement rules and cut down on waste and ineffectiveness in the government.

Declaring that “our social contract is under pressure”, Gordhan pointed to the need to change patterns which “have put unnecessary hurdles in the way of realising our potential and implementing our development plans”. These included unclear or conflicting policies, “institutional instability” which derailed implementation, and investment which is held back “by uncertainties and erosion of trust”.

If that was all the speech said, it may have achieved the most pressing goal - showing that the National Treasury is taking seriously the need to rebuild confidence in the market place. But it would also have signalled, at least for now, that protecting the economy from predators is the priority and that economic change, if it happens at all, will need to wait.

And so it would not have addressed the root cause of the growth crisis, the survival, over two decades into the new political order, of policies and practices which exclude many from the market place and ensure that it cannot tap the energies and abilities of everyone.

Gordhan also signalled National Treasury’s view that fairness and sustainable growth require not only that the economy be protected but that it change. He urged business, labour – and everyone else - to join a national dialogue aimed at achieving this.

Warning that “all too often in history, the benefits of progress have been appropriated by narrow elites”, Gordhan declared that the economy needed ‘structural transformation’ which “rests on a partnership between government, business, organised labour and all stakeholders who share our commitment to inclusiveness in our development path”.

The speech urged a “national dialogue to seek common solutions and concrete actions to slow growth and poverty”. The aim was to ensure that “no-one should be left behind”.

Gordhan stressed several times that the aim was inclusive growth, not simply protecting what currently exists. This meant “opening up opportunities and broadening participation in an expanding economy”, better services for “marginalised communities”, “decent work prospects for all” and extending the frontiers of education to those who wish to learn.

This aspect of the speech has received little attention - either because it is seen as a low priority given the current need to protect the economy or because it seems to substitute platitudes for concrete plans. In reality, it is essential to the economy’s prospects.

An approach which simply focuses on ensuring that government does not make life difficult for business can work only in the short term. While predatory politicians and power struggles are certainly part of the problem, they are symptoms, not causes. The real malaise is that the economy continues to exclude millions, creating opportunities for politicians who win support by distributing other people’s money.

And, in a society divided between economic insiders and outsiders, it is common for private and public actors to work together in their own interest at the expense of the public. If these problems are ignored, sustainable growth which benefits most citizens will continue to elude us. And they can be tackled only by change which makes the economy less of an exclusive club.

This is a task which is beyond the power of any of the economic interests acting alone. Ramming changes down the throats of a society which privileges business over everyone else will cause huge instability – ignoring business’s interests will ensure economic decline. And so the path to growth lies in a bargain between all the major interests on how to include those who the economy now excludes.

It is important that the National Treasury recognises the need to look not only at the immediate needs of the hour but at what is needed to free the economy from a continual crisis by negotiating an end to the barriers which exclude people.

Whether the National Treasury can make this approach work depends not only on whether it can navigate the politics which prevent government from tackling this issue. It depends too on whether it can persuade business and labour to look beyond the short term and to talk about what needs to change to ensure that many more have a stake in a growing economy.

Steven Friedman is a professor of Political Studies at the University of Johannesburg.

Related Links
We must be lions, not vultures
How the mini budget will affect you
Mini budget 2016: Hopes and prayers
Share
Next on Fin24
OPINION | Emerging markets will pay the price for central bank policies in the West