Is Capitec really the most primary-used bank in SA? Cape Town - A leading expert is challenging a study suggesting that Capitec Bank Holdings is the most-used primary bank in South Africa.

The survey was commissioned by Capitec and polled 2 328 banking clients. Three out of 10 (29%) banking customers pointed to Capitec as their primary bank – 11 percentage points greater than FNB’s 18%. Absa tracked behind at 17%, followed by Standard Bank with 15% and Nedbank with 10%.

However, Petar Soldo, the founder and CEO of Digital Republic Consulting, who has over 12 years experience in conducting research for major banks, presents two arguments questioning the study results.

The Capitec story is an amazing one and what they have achieved in slightly more than a decade is almost unbelievable. My comments in no way changes my opinion or perception of Capitec as a fantastic success in disrupting the South African banking system.

When I saw the overall market share numbers and the headline that Capitec was the largest primary transactional bank in South Africa, that did not to gel with more than a decade’s worth of deep experience and insights into the banking market.  The results of Capitec having 40% primary or main bank market share in the Western Cape also did not resonate as being an accurate reflection of reality.

I will simplify my argument to a few points, although there are many more.

Before getting into the specifics, it is useful to state a few ground rules or areas that I won’t be delving into:

The Capitec financials disclose that in August 2016 that it had 7.9 million customers of which it estimated that 46% (or 3.6 million) were primary banked customers.

If one looks at just one of the other banks that has disclosed detailed customer numbers (Nedbank from its 2016 Annual Report), you will see that it claims to have 7.3 million customers and 2.7 million primary banked customers.

Most banks have similar methods in estimating whether or not a customer is a primary customer or not, and the most commonly used approach is to look at whether or not a salary is deposited into the account (and indeed the Nielsen research used that as a definition for primary banked customers).

If the Nielsen’s market share numbers are accurate, then Capitec has 29% of the market and Nedbank has 10%. So Capitec should have almost 3 times (300%) more primary banked customers than Nedbank.

Looking at the official disclosed number of primary banked customer by Capitec and Nedbank, we can see that Capitec only has ±33% more customers than Nedbank. So Capitec is larger than Nedbank by that measure, but not 300% larger.

That is a massive discrepancy. The question then is: do you trust the bank’s official numbers or the research results.

The results released in terms of the Nielsen research (presumably commissioned and paid for by Capitec), show some interesting differences when compared to the market share numbers released by Capitec in it’s September 2016 Annual Report.  These latter market share numbers are based on the AMPS study which is a much bigger research study.  Unfortunately the AMPS data stops at December 2015; however there are some interesting conclusions that can be drawn from a comparison of the two data sources.

One would expect to see a similar trend in the market share numbers given that both research projects are measuring the same thing.

*Petar Soldo is the founder and CEO of Digital Republic Consulting, a specialist analytics firm that focuses on: social intelligence, market research and data analytics. Soldo is an expert in banking market share research in South Africa, with more than 12 years experience in conducting such research products for the major banks in the country across all consumer and business markets.

We live in a world where facts and fiction get blurred
In times of uncertainty you need journalism you can trust. For only R75 per month, you have access to a world of in-depth analyses, investigative journalism, top opinions and a range of features. Journalism strengthens democracy. Invest in the future today.
Subscribe to News24
Related Links
The consumers have spoken, says Capitec on bank survey
Is Capitec your favourite bank?
SA Champion Capitec looks abroad – for digital banking breakthroughs (and a deal perhaps?)
Next on Fin24
Thabi Leoka | When will SA stop proving rating agencies right? 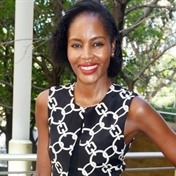