OPINION | Is the age of ownership over? 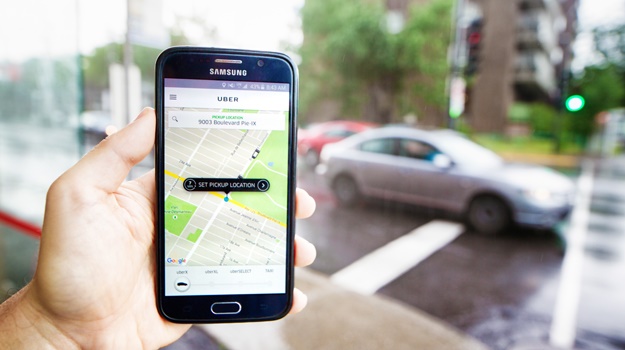 Minimalism – once a niche art movement – is now a mainstream lifestyle trend.

We have Marie Kondo, the Japanese organising guru and Netflix sensation, urging us to discard anything that doesn’t ‘spark joy’ while The Minimalists encourage us to live meaningful lives with less. As a concept, minimalism is showing no restraint and no signs of slowing down.

Is minimalism just the flavour of the moment, or is the underlying philosophy one that will have a far-reaching social and economic impact?

Priced out of the ownership market

Looking at the context in which this trend has developed, we must acknowledge the habits that typify the millennial generation. Effectively priced out of the housing market, this demographic – those aged between 18 and 40 and living across the globe – have gained the nickname ‘Generation Rent’, which reflects their inability to buy their own homes.

While the origins may stem from a negative scenario, the concept has now taken on a more positive connotation and expanded to reference a growing global preference for access rather than ownership. International research suggests ownership is increasingly deemed overrated. In fact, this growing aversion to ownership has been described by some as a growing population of consumers who are willing to pay good money for the privilege of not having to own something.

In essence, this demographic wants variety, choice, flexibility and convenience - all of which are possible through the less onerous model of rental.

Our attitudes, preferences and way of life in the 2020s are simply no longer compatible with an old-school mindset when it comes to acquiring items. The days when people saved for months to buy a lounge suite that would be made to last for decades are gone.

These cultural shifts are fertile ground for the rental economy to take hold as the ‘new retail’, that offers access over ownership. It is most well-known through the popularity of platforms like Airbnb and Uber.

The rental economy posits that it is more efficient to rent the items that we need in our daily lives, as opposed to owning them outright and being responsible for the care, maintenance and storage of the items. With rental, the burden of fixing or replacing the item is on the provider and not on the consumer.

The consumer continues to enjoy access to the product, without the risk and responsibility that comes with ownership. In this way, rental aligns to the philosophy of minimalism in that it allows for responsible consumption and an intentional, purpose-driven relationship with objects, be it appliances, clothing or electronics, where access to goods trumps ownership.

The consumer's focus is on utility, but without the associated burden. Key to the issue of responsible consumption is that, when a consumer rents an item and it eventually no longer works, the consumer is not met with the responsibility of the eventual discarding of the item, which aligns, too, with the notion in minimalism that we should not be burdened by material possessions.

Internationally, rental providers are beginning to understand customers' changing priorities: variety, choice, flexibility and convenience. And as the preference for access over ownership grows - which the global trend suggests is taking place - a more minimalist way of life is surely inevitable. That’s not necessarily a bad thing.

Jonathan Hurvitz is Teljoy Group CEO. Views expressed are his own.

We live in a world where facts and fiction get blurred
In times of uncertainty you need journalism you can trust. For only R75 per month, you have access to a world of in-depth analyses, investigative journalism, top opinions and a range of features. Journalism strengthens democracy. Invest in the future today.
Subscribe to News24
Related Links
WATCH | Uber buys alcohol delivery service Drizly for $1.1 billion
Vacancies rise as landlords battle rough rental market
Next on Fin24
OPINION | What does the UK Supreme Court Decision on Uber drivers mean for SA?