OPINION | Tracking the spread of fake news in SA 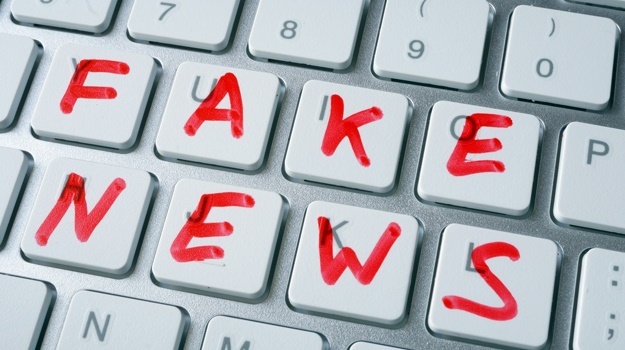 Social media platforms have become thoroughly efficient at connecting many people quickly, making Twitter, Instagram, Facebook and others indispensable to our families, our friends, our work and every part of our lives.

Never before have so many everyday activities gone digital - the coronavirus pandemic has changed our lives in every way.

But the immense strength of social media to sustain the well-being of people, and create a society inspired by our constitution, also gives it the power to undermine social cohesion. While most people use social media to connect to others, there are also those who use social media to deliberately spread false information, manipulate stories and fabricate conspiracies for their own ulterior motives.

As this silent virus sweeps unseen across South Africa, reaping its grim toll, it has never been as critical as it is today to seek out and correct false information on social media.

This is one of the key aims of a unique project at the Centre for Analytics and Behavioural Change (CABC) at the University of Cape Town’s Graduate School of Business.

Every 24 hours, a team of social media analysts uses software to sift through millions of conversations on public social media platforms and pick out those related to the Covid-19 epidemic in South Africa. We analyse this segment in great detail, looking for evidence of social cohesion and narrative manipulation.

We have found that there is a fringe of individuals who promote weird and whacky material that they believe to be true. It’s mostly harmless and tends to fade quickly in social media.

But some well-moneyed organisations, and foreign government agencies, are using social media to manipulate public opinion through tactics that include misinformation, disinformation, distortion and lies. They develop and amplify attention grabbing stories, keeping them alive on social media platforms in the hope they gain traction and credibility.

Narrative manipulation through social media on a grand scale has been identified in globally significant events like the invasion of Crimea by Russia in 2013, the outcome of the Brexit vote in 2016 and the Trump presidential campaign in 2016.

A more contemporary example is the climate change denialism movement, which is funded to the tune of a billion dollars every year by right wing American organisations. The money is used to spread false information and distorted stories on social media to suggest that climate change is not true, or is not as bad as it’s made out to be.

The motive is to undermine the climate change movement by promoting disagreement and dissent.

From the Reserve Bank to Pravin Gordhan

The CABC’s mandate is to expose this type of manipulation, correct misinformation, and stop the spread of disinformation around the Covid-19 epidemic in South African social media.

Social media manipulation in South Africa began some time before the Covid-19 crisis. We can go all the way back to when Bell Pottinger brought divisive rhetoric into our conversations, and into the national discourse.

Everything and everyone online, from the South African Reserve Bank to leading political players like Minister Pravin Gordhan, have been victims of this game of deception in the past.

Before we get into how some of these manipulative threads have developed around Covid-19, there are two things to note about South Africa, which sets us apart from much of the world.

The first is that South Africans are very street smart - they tend to spot fake news for what it is, and are not easily fooled. The second is that our government has been very proactive in dealing with misinformation, by correcting it publicly whenever it arises. Government is really proactive in communicating what is true and what is not to the people on national TV broadcasts and through social media.

New legislation making the distribution of false information a criminal offence has also had a big impact on limiting the spread of misinformation in our social media sphere. It tends to drop into social media, often from outside the country, and have limited traction because people are unwilling to spread it.

As the Covid crisis unfolded, mis- and disinformation evolved through a few phases.

The first phase came from a natural human response: we don’t want things to be that bad, so we minimise the epidemic as a flu. This initial narrative was mostly benign, but soon became a challenge. It morphed into a host of ‘cures’ and quackery, like gargling with lemon and keeping hydrated will wash the virus down. This was not only completely untrue, but really dangerous, because it deceived people into feeling safe.

This then evolved into some grand conspiracies, as prevailing theories latched onto the Covid conversation. The two main conspiracies here are 5G and Bill Gates: variants include that 5G is dangerous and in some way responsible for spreading the coronavirus, and Gates is creating a universal vaccine to control our minds. It’s whacky and off the wall, but the Corona virus provides good material for conspiracy theories. It’s worth bearing in mind that there is considerable evidence that both these conspiracies have been fomented and evolved by Russian cyber agents.

Addressing mis- and disinformation is one of our mandates at the CABC; another is addressing social fracture – and this has grown to currently be our main concern.

As the lockdown continues and people become gripped by hunger, issues ranging from looting to xenophobia will arise. In fact, looting is usually closely linked to xenophobia, as looters often choose to loot stores owned by foreign nationals.

Soon after people were recently caught selling fake permits to traders, social media conversation turned to whether the buyers and sellers were South Africans or foreign nationals.

So xenophobia is already well established in the conversation.

These are some of the things that we are looking out for in social media.

Each of them requires a different response: xenophobia, for example, needs  more dialogue and social understanding; the grand conspiracies are best exposed through media reports.

When social prejudice meets narrative manipulation, social cohesion is at grave risk. This is what our research and impact work is trying to avoid, while amplifying the considerable power of social media to do social good during a crisis like the one we now face.

We are also keenly aware that Covid-19 offers an opportunity for fundamental societal change. Already there are conversations on social media speaking about this change, and starting to understand and shape the future. This will be the third major component of our work on Covid-19 – analysing, reporting on and being part of the narratives that allow us to use this crisis to bring humanity closer together rather than driving us further apart.

Stuart Jones is Project Director at the Centre for Analytics and Behavioural Change. Views expressed are his own.

We live in a world where facts and fiction get blurred
In times of uncertainty you need journalism you can trust. For only R75 per month, you have access to a world of in-depth analyses, investigative journalism, top opinions and a range of features. Journalism strengthens democracy. Invest in the future today.
Subscribe to News24
Related Links
WhatsApp tightens rules on sharing to curb spread of fake virus news
Beware fake news on coronavirus, public warned
Eskom now flags 'fake news' on its website
Next on Fin24
Jabulani Sikhakhane | Bain had bigger problems than a few bad apples