Standard Bank last week announced that they will be retrenching about 1 200 staff and closing 91 of their branches – this is on the back of increasing digital banking usage among the banked population.

ABSA has also begun talks with finance labour union SASBO regarding restructuring, which could see 827 jobs at risk of retrenchment.

This is not unique to financial services institutions. The SABC last year announced plans to cut some 1200 freelancers and 981 permanent employees; Impala Platinum also announced last year that they would be restructuring in Rustenburg operations and up to 13 000 jobs were at risk.

And, of course, President Cyril Ramaphosa also announced how the state was looking for opportunities to optimise its work force by offering early retirement packages in the public sector as a start.

How can we better make sense of these the driving forces behind the growth in retrenchments that we see in the market?

Firstly, how we transition through the fourth industrial revolution will most certainly have an impact on the employment prospects of a significant portion of the labour force.

Secondly, education models as they are will most likely not produce an emerging youth labour force that is sufficiently capacitated to take advantage of the evolving workplaces and way of doing business.

And thirdly, the economy is structurally constrained from absorbing and continuing the retain the labour force based on current skills composition.

Oftentimes it appears that the fourth industrial revolution is viewed similarly to the Y2K and its 'apocalypse' frenzy.

The year 2000 had seen people expecting a computer bug (millennium bug) to cause major problems globally, including major disruptions in water, electricity, financial systems, transportation etc. And the more we read about the impact of the fourth industrial revolution, the more a similar energy and soft apocalypse worry is evident than was seen with Y2K.

Engineering is one of the critical skills required if we are to meaningfully and competitively participate in a global marketplace. To illustrate the labour challenge facing the country, the department of labour found that SA only has one engineer for every 2 114 citizens.

Other emerging economies like India, South Korea and China have roughly one engineer for every 200 citizens.

Early indicators are showing the youth are also feeling the pinch with respect to employment outcomes. In fact, South Africa now has the highest youth unemployment rate globally. And for those who did initially get employment, the 2017 Liberty claims statistics find that the most prominent driver or cause for claim for income protection benefits claims was retrenchments. Of total claims among young professionals, retrenchment claims accounted for 17%, up from 15.9% in 2015.

It is evident that the education outcomes of new participants in the labour market are not making them any more resilient in a changing marketplace. The South African education and curricula strategy should be directly aligned to the growth agenda of the economy and not primarily focus on pushing for the highest numbers of people to get through matric.

If the growth agenda suggests that agriculture, for example, will in future be a massive contributor to the GDP, the agri-colleges would need to be front and centre of the education and curriculum strategy. As it stands, school leaving seems to be the strategy.

Structural constraints in the economy

More than two-thirds of our labour force are either unskilled or semi-skilled, yet you see services (which tend to prefer skilled labour) contributing the largest proportion to GDP.

The primary and manufacturing sectors have been bleeding the bulk of the jobs that have been lost in the economy. A StatsSA report found that jobs attributable to the mining industry declined from approximately 490 000 in 2015 to 190 000 by early 2018.

The economy grew only 0.8% last year and the marketplace continues to look challenging for the medium term. This creates a particularly bleak outlook for employment.

We do, however, have an opportunity to revisit our approach to labour and employment solutioning, and in so doing, we may hopefully alter the employment prospects for all current and prospective labour force participants.

Sifiso Skenjana is founder and financial economist at AFRA Consultants. He specialises in economic policy research, investment strategy and advisory services. He is currently pursuing his PhD. Views expressed are his own.

Related Links
Retrenched Standard Bank staff can consider farming - Mboweni
1 200 jobs affected as Standard Bank closes 91 branches
Standard Bank bets growth can outpace Africa's fastest economies
Share
Next on Fin24
Zama Ndlovu | Ramaphosa is right: It's not in his hands, it's in ours 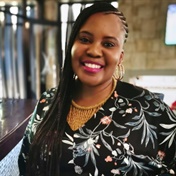