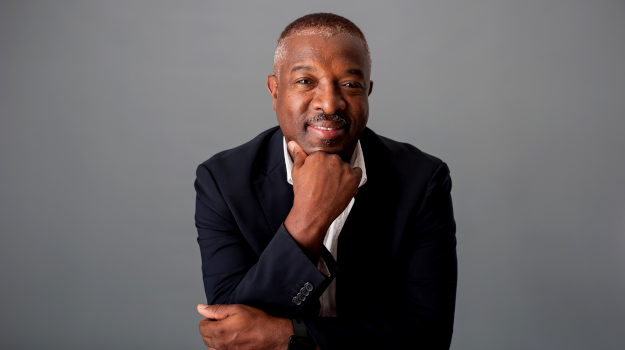 South Africa is a brand, a country brand; and, like all brands, it must have leadership.

All successful brands are led. They have a vision; they have guiding principles – or values – and they have leaders with a plan.

Such leaders are also ethical, emotionally intelligent, mature, empathetic, and they understand the impact of their own words and actions on the brands they lead.

They do not just teeter along without clarity about which direction to follow and in what style to do so. Else the brands they lead might end up stumbling into an abyss from which coming out would be a difficult, even impossible, feat to pull off.

Reputationally speaking, South Africa is hanging on with one hand to such an abyss, begging to be pulled up before it falls.

When President Cyril Ramaphosa took over from his predecessor, many South Africans from across historic divides sighed in relief, happy that he would not represent the continuation of what his predecessor and the people around him had come to symbolise.

They did this despite the fact that Ramaphosa had been deputy to his notorious predecessor during the latter's second term in office; a period that saw a great deal of socio-economic and reputational damage unleashed on the country.

To many South Africans, the Ramaphosa they were welcoming into the presidency in 2018 was not the one who had just served as deputy president to the man from Nkandla. They welcomed the man said to have enjoyed Nelson Mandela's support. Memories many had of him were of a charming politician who had mastered the art of 'reaching over the isle', as it were, to seek solutions despite seemingly irreconcilable views. If South Africa were to leave all the social, political, economic and reputational devastation of the state capture years behind and begin a second journey of healing and recovery, Ramaphosa was the man many were willing to bet on.

A political brand with many lives

As a political brand, Ramaphosa is very lucky. He always seems to land on his feet, no matter how high he gets tossed, because South Africans want him to succeed, despite the odds. They know that if he fails, or is removed from office, we will all fail, and justice for those who aided, abetted and benefited from state capture could fall by the wayside.

Brand Ramaphosa is so strong that controversial phrases such as 'Radical Economic Transformation' and 'Expropriation Without Compensation' draw less ire from their opponents when they roll from his mouth. It could be the way he says them, or the smile on his face, or his unthreatening, gentlemanly demeanour.

READ | Herman Mashaba | Our economy is in deep, deep trouble

So, assuming that Ramaphosa and those around him are aware of the power of his personal brand, and mindful of the old adage that with great power comes great responsibility, they should work with him for the good of all South Africans, not just those in the party he was elected to lead.

South Africans would like him to keep saying all the unifying things only he says so well: reminding them that South Africa belongs to all who live in it; that no one must leave the country because it needs them; that we must all work together to build our country. Or, for example, when he includes in his speeches the phrase,"…all South Africans, black and white", which he says so convincingly.

Still, the actions and utterances of the party he leads, and some of the other leaders in it, do not always endorse the beautiful things Ramaphosa himself says. If this doesn't stop, he will lose his credibility – and damage his political brand – at a very rapid pace.

Ramaphosa still enjoys a good stock of reputational credit, but he doesn't have it in endless supplies.

While he still commands a great deal of respect, there is the danger that the country's people could begin to see him as not enjoying sufficient authority in his party to do what he must for South Africa. If Ramaphosa cannot maintain the same credibility he enjoys as president when he speaks as party boss, his political brand credibility is at risk.

Does the president understand the power of his brand? Only he can answer that.

Related Links
Solly Moeng | Ramaphosa's stimulus will test SA's capacity for justice
Solly Moeng | A smart branding strategy during lockdown
Solly Moeng | When it comes to lockdown, one size doesn't fit all
Share
Next on Fin24
IAN MANN REVIEWS | What can we learn from a pioneer of remote work?