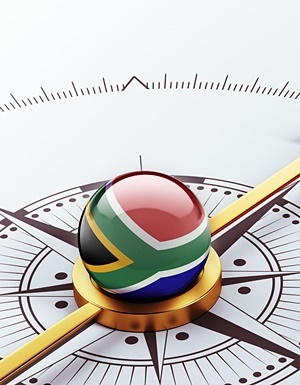 AFTER having been the poster child of sound fiscal practice for a number of years, South Africa’s government finances have experienced a precipitous decline since 2009 into an abyss it will take many years from which to escape.

As a consequence of this state of affairs the conduct of government policy will be hamstrung, causing considerable political tensions. Only time will tell whether they can be contained.

The upcoming medium-term budget policy statement (MTBPS) is already being keenly awaited, with a revenue shortfall of R40bn to R50bn widely expected. This will push up the budget deficit by about 1% of gross domestic product to, say, 4,5% in the current fiscal year. Government’s borrowing requirement and debt level will of course show a similar increase.

An adjustment of this size will cascade through the projected numbers for the full medium-term budget period up to 2021/22. Revenue expectations will have to be adjusted down and something will have to give: government expenditure, projected budget deficits, taxes, or a combination thereof.

The stabilisation of government’s debt level will once again be pushed further into the future, probably triggering a further downgrade of South Africa’s sovereign debt ratings.

What will be of particular significance is a possible downgrade of rand-denominated debt to sub-investment (junk) status. With foreign investors holding more than 30% of this category of debt, much of which because of South Africa’s inclusion in major benchmark global bond indices (e.g. the Morgan Stanley Emerging Market Bond Index), which it is likely to relinquish, a substantial sell-off in SA government bonds is to be expected.

Even if part of these holdings is passed on to other foreign investors who are not constrained by the requirement of investing only in investment grade assets, it will cause a repricing of risk that will push up future borrowing costs, exacerbating an already dire situation.

Some short-term turbulence in the foreign exchange market can also not be ruled out.

It is tempting to blame the predicament in which South Africa finds itself on the muted global economic recovery in the wake of the 2007-08 financial crisis. given that the deterioration in government finances started in 2009. However, it is not that easy - the South African economy is after all losing momentum while the global economy (and emerging market economies in particular) is gaining momentum.

To assess the deterioration, one needs to look at the trends in a number of variables: government revenue/tax collections, government expenditure (including its composition), and the size and growth of GDP (the denominator in many important financial ratios).

National government revenue amounted to 25.4% of GDP in the 2008/09 fiscal year. It dropped to 22.9% the following year in response to the recession the economy had entered in the wake of the international economic turmoil, but started recovering almost immediately and was back at 25.8% of GDP in 2016/17 (helped along by tax increases).

Surely the blame therefore does not lie here, although the recent weakening trend in tax collection points to more trouble lying ahead.

(Increasing the government wage bill does not qualify as counter-cyclical expenditure in the same sense as e.g. accelerating infrastructure expenditure.) Government expenditure peaked at 30.2% of GDP in 2015/16 and amounted to 29.7% in 2016/17.

If expenditure had remained at 25% of GDP, cumulative total expenditure as a percentage of GDP over the period 2008/09 to 2016/17 would have been about 30 basis points less and the gross national government debt level would likewise have been lower.

Keeping the debt level at 26% of GDP as in 2009 would have allowed for moderately higher expenditure; allowing it to increase within limits (to not more than, say, 40% of GDP rather than the current 51%) would have allowed more room for increasing targeted expenditure without upsetting South Africa’s credit rating dynamics.

The problem is therefore clearly on the expenditure side, and then not only with respect to its magnitude but also its composition and quality. The disproportionate increase in government’s wage bill, including a bloated cabinet, since the change to the Zuma administration in 2009 has been well documented (and justifiably criticised).

More importantly, the policy vacuum in which the country finds itself has resulted in an unfocused, unstructured move to a permanently higher expenditure level. No wonder then that the type of expenditure prioritised by the South Africa government since 2009 has done very little to improve the long-term growth potential of the economy (and that does not take money lost through wasteful expenditure and corruption into account).

Compared to its peers, South Africa has experienced a disproportionately large increase in its national debt post 2009 with little to show for it in terms of lasting benefits.

What is the way out of this tight situation?

There is only one escape. The South African government must without delay prioritise economic growth and align its full policy stance with this objective. This is the only kind of “radical economic transformation” that will fly, in fact government will have to subject its transformation strategy to its growth strategy and not the other way round.

Given the lack of free resources at its disposal, it is wishful thinking that government can lead the growth effort. It has no choice but to rely on the private sector, and it has to create a favourable environment within which the latter can flourish.

It is for this very reason that increasing the tax burden at this point in time will be unwise, as it will do no more than remove resources from the private sector which will be better positioned to utilise it.

Related Links
State-captured SA is crying out for a second liberation
Gordhan calls on academics and whistle blowers to expose state capture
SA must sober up to save itself from sickly state-owned enterprises
Share
Next on Fin24
Daniel Silke | 100 days of lockdown: Living with Hobson's choice