House prices to rise by 20% 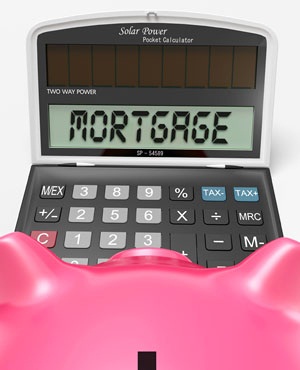 Shutterstock [http://www.shutterstock.com]
Port Elizabeth - While many anticipate a property market meltdown similar to what happened elsewhere in the world  -  especially in the US - there is growing evidence that property in South Africa is set to enter a new boom.

In effect, it would mean the SA property market has had a soft landing rather than a huge crash after the strong boom came to an end in 2007 and 2008.

The financial crisis that hit the world certainly had an impact on the SA property market, and house values did indeed stagnate or decline. Some families even lost their homes, but not to the extent that it grew into a national crisis.

Now it seems like what the crisis doomsayers are waiting for may never happen.

A starting point of 2003, just before house prices started their rampant upward swing, seems appropriate. The last 10 years probably encompass a full cycle from a low point starting in 2003 and 2004 to a peak in 2007/2008, and a subdued market since then to what could possibly be the bottom of the market.

Several banks compile their own house price figures, based on mortgage bond applications. Although the way they calculate their indices differ somewhat, the general trend is similar. House prices started to increase faster between 2000 and 2003, rising at around 15% per annum.

Since then, prices have changed little. In some areas, notably in select suburbs in and around Cape Town and Johannesburg, prices continued to rise. In most others, they have stagnated.

In some places, prices have fallen sharply. The banks’ broader-based indices show that average prices are currently just slightly higher than in 2008.

In nominal terms house prices increased by less than inflation during the last few years, leading to a drop in real house prices. According to House Price South Africa, real house prices have tumbled by about 17% since 2007. Using real prices, houses cost the same as in the beginning of 2005 - the first indication that prices could go up.

The second argument is that houses just look quite cheap. A quick analysis of the property supplements of weekend papers shows that house prices seem very attractive, relative to the peak in the market a few years ago. In some cases, houses are even cheaper than they were a few years ago.

House Price South Africa notes that the average increase in nominal house prices since 1966 has been 11.12%.  Starting with the average price of R9 114 in 1966, the average house should now cost R1.294m compared to the current average of R1.06m.

On this basis, house prices are currently nearly 30% lower than what they should be. In addition, houses are much better built today than in 1966, with far better materials and modern fittings.

Using the same calculation method, but starting at the 2003 market low, also indicates that houses are undervalued. In 2003,  the average house financed by Absa was worth about R434 000. A similar house should cost R1.25m today, about 25% lower than the average of R1.06m.

Another argument to support the view of an imminent house price hike is that building costs have continued to lift, while home prices stagnated.

An analysis of building cost by the Bureau for Economic Research (BER) at the University of Stellenbosch shows that the construction cost of a new middle class house has risen by about 50% from R4 000 per square metre to the current R6 100 per square metre.

Many factors influence this average, but BER's large data base should give a fairly accurate picture.

First National Bank regularly compares building cost with the prices of existing houses. The FNB analysis shows the cost of building a new house is currently nearly 20% higher than the price of houses financed for their clients.

In other words, buyers are purchasing homes at a significant discount to their replacement value. During bear markets this discount rises to between 25% and 30%, and in boom times it can fall to nothing. Thus, the large gap between house prices and replacement value also points towards an improvement in the market.

Last but not least is to look at the growing discrepancy between static house prices and prices of other high-priced items. For instance, luxury car prices lifted significantly compared to our reference date of 2003.

On balance, there are several valid arguments in favour of a house price increase of at least 20% to catch up with historic values, and thereafter the normal growth of of 11% per annum.

If this prediction does not seem realistic, why not? Did our spending habits change towards cars, iPads, DStv, meals in fancy restaurants, motor bikes and holidays abroad?

Or are we struggling to pay existing debt and buy food and petrol? Or are we simply not confident enough about the future to sign on the dotted line?

We live in a world where facts and fiction get blurred
In times of uncertainty you need journalism you can trust. For 14 free days, you can have access to a world of in-depth analyses, investigative journalism, top opinions and a range of features. Journalism strengthens democracy. Invest in the future today. Thereafter you will be billed R75 per month. You can cancel anytime and if you cancel within 14 days you won't be billed.
Subscribe to News24
Related Links
Five tips to building your dream home
Next on Business
Northgate Park a trendy office redevelopment