Use time wisely before next rate hike - expert 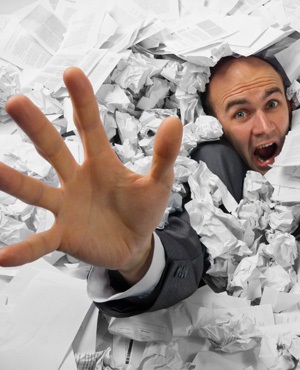 Johannesburg - While the sudden steep increases of the 1990s may not be on the cards, it is to be expected that interest rates will gradually increase over the next few years, said Shaun Rademeyer, CEO of BetterBond Home Loans.

“And given that most homeowners will still be repaying their home loans during this period, they urgently need to start making provision for higher rates and so minimise the impact.”

Firstly, homeowners need to work out what increased interest rates could actually cost them.

For example, the most recent 0.25 percentage point increase may only have added R162 a month to the monthly repayment on a R1m home loan, but a few more small increments like that could end up having a major impact on finances and home ownership plans.

“As it is, the prime interest rate (and variable home loan interest rate) is 0.75 percentage points higher now than it was at the start of the year, and even if it were only to rise by a total of another two percentage points over the next two years, that would add R1 334 to the current monthly repayment on a R1m bond. And that could make all the difference to your ability to pay off your bond in 15 years instead of 20,” he said.

Secondly, Rademeyer advised homeowners to assess whether they will be able to afford the higher repayments.

“You need to review your household budget as it stands currently, and see how it would stand up to any rate increases, bearing in mind that the repayments on other debts such as cars and credit cards also go up when rates rise.

“You should not just assume that your income will increase sufficiently to take care of any rate increases that may occur over the next couple of years. Slow economic growth and tough times for businesses can play havoc with employment prospects and annual salary increases,” he warned.

The chances are, he said, that your review will show that if you had to cope with a two percentage point increase right now, you would be in trouble and might even have to sell your home or face foreclosure.

“So, your next move should be to make an immediate start on avoiding this possibility and not wait for the worst to happen before you react,” he said.

Rademeyer suggested some actions one could take:

- Deposit some of your savings into your bond account to reduce the capital amount outstanding and immediately lower the minimum monthly bond repayment to which any future rate increases will be applied.

“The added advantage of this is that your savings will then effectively be earning interest, tax-free, at whatever your current home loan rate is,” he said.

- Immediately reduce your spending and put whatever spare cash you have into your bond account, including any year-end bonus you may receive.

“Even a few hundred rand a month paid now could help to neutralise the effect of future interest rate increases – and even if these don’t materialise, you will reap the benefit of a shorter loan repayment period and save thousands of rands worth of interest,” he said.

On the other hand, it is unlikely to be worth your while to try to fix your home loan interest rate at this point, in his view, or to switch your home loan to a different lender.

“The key, quite simply, is to use whatever time we have now until the next rate hike to reduce your debt with determination.”

Related Links
Investing in property
Infographic: Top 10 most expensive homes in the world
Save risk free with a home loan - expert
Share
Next on Fin24
Canary Wharf's home-building bet in London