Why South Africans are battling to save 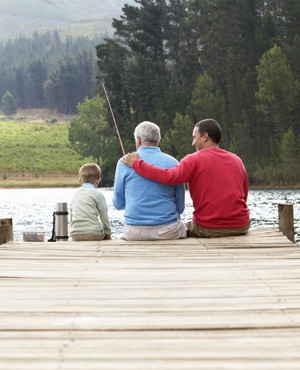 25% of all working metropolitan South Africans now fall into this Sandwich Generation category, the highest percentage since the Monitor’s launch in 2009. (Photo: Shutterstock)

Cape Town - The number of people supporting their children as well as their parents is growing, reducing their ability to save for emergencies, a study shows.

This is one of the research findings of this year’s Old Mutual Savings and Investment Monitor. The full results will be released next week.

In fact, 25% of all working metropolitan South Africans now fall into this Sandwich Generation category, the highest percentage since the Monitor’s launch in 2009, the researchers said in a statement.

The financial consequence of having two generations of dependents is starkly revealed by the statistics: this year, 28% of “Sandwich Generation” individuals are overdue with debt repayments, compared with 15% for the “Non-Sandwiched”.

But the Sandwich Generation is not the only group under financial pressure: 41% of all respondents state they are saving less than they were a year ago. In the lower household income category (those earning R6 000 and less per month) this number rises to 51%.

No financial buffer or emergency fund

What’s more, many have no financial buffer or emergency fund.

For example, as many as 52% say they would have to take out a personal loan, rely on credit facilities or borrow from family and friends to be able to manage an unexpected expense of R10 000.

Another 28% say they would not be able to handle a bill like that at all.

There is however a plus side, says Old Mutual research manager Lynette Nicholson.

“There are signs that there is a growing awareness of the benefits of saving and investing,” she said. “It is encouraging to note that approximately 60% now contribute towards a pension/provident fund and/or Retirement Annuity, compared with around 50% in 2012.

Growth in stokvels is remarkable

The growth in the number of working metropolitan households saving in stokvels is even more remarkable, she adds.

“But stokvel savings are generally not designed for growth, and what these findings of the Savings and Investment Monitor highlight once again is the urgent need for greater financial knowledge and understanding in South Africa,” said Nicholson.

“This can best be achieved through expert advice and education on financial planning, debt reduction and wealth creation.”

Related Links
INFOGRAPHIC: State of savings in SA
Putting an 'intelligent estimate' on SA stokvels
INFOGRAPHIC: Can you afford not to save and invest?
Share
Next on Fin24
4 things you need to know about tax-free savings accounts