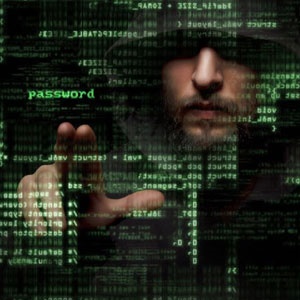 Johannesburg - Oakbay Investments, whose dominant shareholders include the Gupta brothers, has acknowledged that hackers have targeted its websites.

Hacktivist group Anonymous Africa said via Twitter on Wednesday that it had targeted taking down several websites of companies falling under the Oakbay Investments umbrella.

Just after 14:00 on Wednesday, websites belonging to IT company Sahara, broadcaster ANN7, newspaper The New Age as well as Oakbay Investments and Oakbay Resources and Energy went on the blink.

By Wednesday evening, some of these sites such as ANN7 and The New Age were operational again, but others like Sahara and the Oakbay websites were still down.

“Oakbay is aware of attempts to hack into its websites and has taken preventative measures, in collaboration with its IT consultants,” Oakbay told Fin24 in an emailed statement.

“Whilst some of the company’s websites are running slightly slower than normal, the matter is under control,” added the company.

The downtime of the Oakbay websites comes amid the Gupta family being under the spotlight in South Africa for their close links to President Jacob Zuma and allegations of ‘state capture’.

Earlier on Wednesday, Anonymous tweeted that it was “going to send a message to the Guptas”.

Alleged cyber attacks on the Gupta-owned Oakbay come just days after public broadcaster the SABC acknowledged to Fin24 that its websites suffered disruptions from hackers on Sunday.

Anonymous Africa claimed responsibility for the SABC websites’ downtime with the hacktivist group saying it carried out the attack because of creeping censorship at the broadcaster.

The group said this week that it has also launched attacks on a website belonging to Zimbabwe's ruling Zanu-PF party.

The attacks that the group has carried out this week have typically taken the form of ‘Distributed Denial of Service’ (DDoS) methods.

These types of attacks tap compromised computers on networks to launch thousands of requests at website’s web servers, which typically results in service disruptions for those targeted sites.

We live in a world where facts and fiction get blurred
In times of uncertainty you need journalism you can trust. For 14 free days, you can have access to a world of in-depth analyses, investigative journalism, top opinions and a range of features. Journalism strengthens democracy. Invest in the future today. Thereafter you will be billed R75 per month. You can cancel anytime and if you cancel within 14 days you won't be billed.
Subscribe to News24
Related Links
Hack attack threat for Gupta sites, Oakbay and Sahara down
Next on Fin24
Increased regulations for companies as cybercrime hits SA