Vodacom said on Tuesday that it will be selling its first “lightweight”, 260 grams VR headset as an accessory for the mobile network’s branded Smart platinum 7 smartphone.

Vodacom joins other smartphone makers such as Samsung in bundling a VR headset with a smartphone device.

Do you own a Vodacom branded smartphone or are you going to buy one? Tell us your thoughts on the devices by clicking here.

Meanwhile, Vodacom’s new Smart platinum 7 smartphone -  a successor to the Smart ultra 6 - has a 16MP camera, a Qualcomm Snapdragon 600-series processor and is LTE enabled.

Other features of the Android powered Smart platinum 7 include a fingerprint sensor and a 5.5” 2K AMOLED display.

“With these exciting new devices, Vodacom is now able to offer devices, not only in the entry-level smartphone and tablet category, but also in the premium mobile class as well”, said Vodacom’s managing executive for product and commercial management, Zunaid Mahomed.

The company further announced the successor to its Smart ultra 6 smartphone, the Vodacom Smart ultra 7.

The Smart ultra 7 - which costs R3 199 or R249 per month - is also an LTE enabled Android phone that features a 16GB internal memory as well as 5 megapixel (MP) front and 13 MP rear cameras. 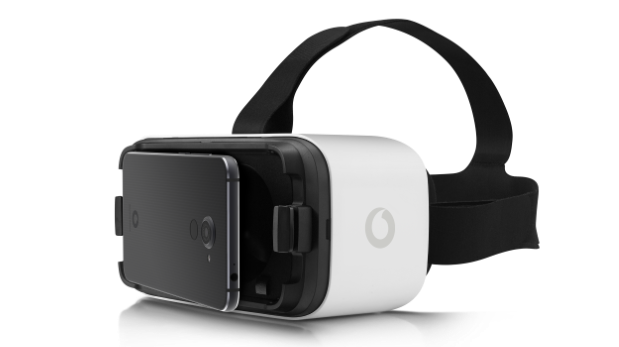 Vodacom said its branded devices are in high demand in South Africa with 2.5 million of its devices having been sold in the last financial year, accounting for 25.7% of total device sales in South Africa.

Vodacom is also South Africa’s biggest mobile network with around 34 million subscribers, according to its full-year results for the period ended March 2016.

We live in a world where facts and fiction get blurred
In times of uncertainty you need journalism you can trust. For only R75 per month, you have access to a world of in-depth analyses, investigative journalism, top opinions and a range of features. Journalism strengthens democracy. Invest in the future today.
Subscribe to News24
Related Links
Here’s how much Samsung’s S7 costs in SA
Vodacom launches R799 smartphone
Vodacom to launch low-cost 4G smartphone
Next on Fin24
Microsoft debuts $399 Surface Go tablet, taking on cheaper iPads