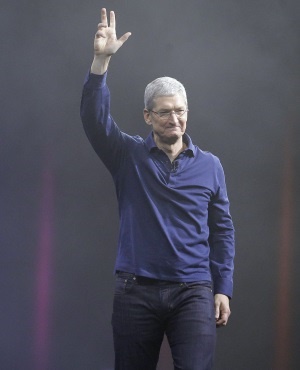 Apple has launched a number of new services, including a music streaming offering. (AP)

Johannesburg - Technology giant Apple has officially included South Africa among 100 countries where it has switched on its streaming music service.

Pricing of Apple Music as well as packages are available on the company’s South African website.

For a single membership, Apple is charging R59.99 per month. This offering gives users access to the “full Apple Music library, expert recommendations, our take on the best new music, and unlimited skips on our radio stations”.

Meanwhile, Apple Music is also selling a family package, which is accessible for up to six people, for R89.99 per month. Apple says this option requires ‘iCloud Family Sharing’.

Other countries in Africa to get Apple Music include the likes of Angola, Zimbabwe and Kenya.

The launch of Apple Music comes as the company takes on more established players in the streaming space such as Spotify.

Android users are also expected to be able to access Apple Music later this year.

We live in a world where facts and fiction get blurred
In times of uncertainty you need journalism you can trust. For only R75 per month, you have access to a world of in-depth analyses, investigative journalism, top opinions and a range of features. Journalism strengthens democracy. Invest in the future today.
Subscribe to News24
Related Links
Indie music body endorses Apple Music
Apple unveils new online music service
Next on Fin24
Warning to check ride-hailing surge pricing on New Year's Eve