Icasa slams use of 'signal jammer' in Sona 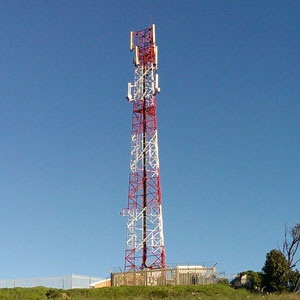 Cape Town - The communications regulator of SA has slammed the alleged use of mobile signal jamming devices in Parliament during the State of the Nation address on Thursday night.

Minutes before President Jacob Zuma's speech descended into chaos, the opposition Democratic Alliance (DA) raised an objection to the use of jamming devices in the chamber.

Following debate with the Speaker on the details and reasoning for the alleged jamming, the signal was then reportedly restored.

But while signal jamming is sometimes used in prisons, its indiscriminate use is prohibited, according to the Independent Communications Authority of South Africa (Icasa).

"The position of the Authority (Icasa) on this matter is as follows: The use of jamming devices by any entity other than National Security Cluster Departments is not authorised and or permitted. The National Security Cluster departments may, where supported by relevant security legislation, deploy the use of jammers in relation to, amongst others, State security functions," Icasa said in a statement on Friday.

Signal blocking devices are available in SA and are used in some high security prisons, according to an expert.

"It is used in jails to block cellphone communication to the outside and will obviously be used where certain high level confidentiality is applicable," Dawid Jacobs, forensic solution provider with Strategic Investigations and Seminars, told Fin24.

The equipment that could have been used might have been similar to the indoor jammer distributed by Pinnacle.

The jammer has the ability to block all Wi-Fi and GSM signals typically used by mobile phones. It has an effect on frequencies from 800MHz to 2 170Mhz.

In terms of range, the device can block signals from 50m to 120m depending on the strength of the signal.

Given the modular design of blocking technology, a user could create various types of blocking that would match the experience of members in the chamber.

We live in a world where facts and fiction get blurred
In times of uncertainty you need journalism you can trust. For only R75 per month, you have access to a world of in-depth analyses, investigative journalism, top opinions and a range of features. Journalism strengthens democracy. Invest in the future today.
Subscribe to News24
Related Links
Protests, arrests, no signal: What do these say about SA's democracy?
Demand soars for Tshwane's free Wi-Fi TV
Kill switches reduce smartphone theft
Next on Fin24
Warning to check ride-hailing surge pricing on New Year's Eve