New York - America just endured its first presidential election in which the majority of the electorate got its news from social media.

And the outcome is already prompting soul searching by the companies that shaped it.

Facebook will have to contend with mounting dissatisfaction over its role as the most widely used news filter in history.

Forty-four percent of American adults get their media through the site, many consuming news from partisan sources with which they agree.

The proliferation of fake news on Facebook has also been a problem: false stories about the Clinton family committing murder and Huma Abedin being a terrorist flew fast and furious despite refutations from responsible news organisations.

Those stories shaped public opinion, said Ed Wasserman, the dean of the University of California, Berkeley Graduate School of Journalism.

“This is a landmark,” he said. “Trump was able to get his message out in a way that was vastly influential without undergoing the usual kinds of quality checks that we associate with reaching mass public. You had a whole set of media having influence without really having authority. And the media that spoke with authority, the authority that comes after careful fact checking, didn’t really have the influence.”

In a statement, a Facebook spokesperson said: “While Facebook played a part in this election, it was just one of many ways people received their information – and was one of the many ways people connected with their leaders, engaged in the political process and shared their views.” Online (on Facebook, of course), current and former employees debated the company's role as an influencer. Bobby Goodlatte, a Facebook product designer from 2008 to 2012, according to his LinkedIn, today said the company's news feed was responsible for fueling “highly partisan, fact-light media outlets” that propelled Donald Trump's ascension to the presidency.

In the past, Facebook has pushed back publicly against these concerns with a simple premise: News feed is just an amplification of what people would experience in a world without it.

“News feed isn’t perfect but it is at least or more diverse than the alternatives which dominated consumption in the late nineties.”

Behind the scenes, Facebook has been studying and analysing its effect on news consumption.

The issue was tackled at high-level meetings this summer, leading to a revision of priorities for news feed to de-emphasise media posts, in favor of posts from friends and family.

The company’s public relations department has worked to frame Facebook as a technology company rather than a media company, celebrating the "invention" of news feed on its 10-year anniversary, for example. Meanwhile, Facebook intensified its analysis of its role in creating an echo chamber and spreading fake news. “We can’t read everything and check everything,” Adam Mosseri, the head of news feed, said in an August interview.

“So what we’ve done is we’ve allowed people to mark things as false. We rely heavily on the community to report content.”

Of course, if false news is spreading in communities that want to believe it, few will mark it as false.

Echo chambers on Facebook may have helped Trump win, but Twitter gave him a way to reach American voters constantly and without an editor.

Clinton also had her own Facebook and Twitter accounts, but Trump, with almost 14 million followers on the site, would often start his own news cycles with deeply opinionated and often incendiary posts.

"I can’t think of another instance, in commercial or political communication, where Twitter was used as effectively,” Wasserman said.

Twitter's shares rose 4.1% Wednesday, boosted by investor recognition of its role in the election outcome. 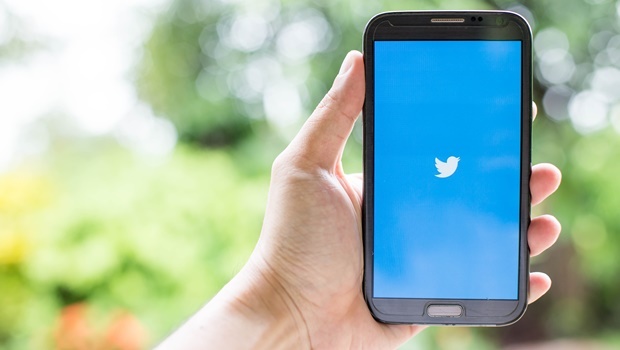 Twitter's role in Trump's ascendency is also under the spotlight.

But it hasn’t all been good for the company. As Trump rose on the platform, so did a set of racist, misogynist harassers supporting him, and that caused a major headache for the company.

These trolls, not officially endorsed by the campaign, would regularly attack Trump's critics, in many cases causing Twitter users to feel unsafe.

The clashes highlighted Twitter’s inability to effectively address abuse on its platform - a problem that was one reason The Walt Disney Company walked away from a potential bid for the social media site.

Twitter’s executives, when asked about these issues during the election, said that the site is a place for all ideas. If false information or hateful rhetoric surfaces, others on the site will tweet in response.

“We have the world talking on this thing about the world,” Chief Executive Officer Jack Dorsey said in an interview earlier this year.

“So we see every spectrum of idea and conversation.”