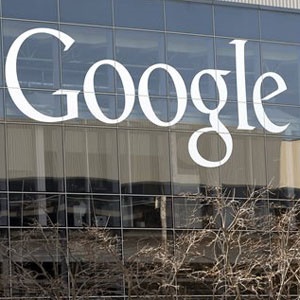 Washington - Google said Wednesday that data requests from governments around the world hit a record high in the six months ending in June, extending a steady rise.

The 44 943 requests amounted to a 10% increase from the prior six-month period and a fourth consecutive increase, Google said in its "transparency report."

Google provided at least some data in response to 64% of the requests in 2016, unchanged from the previous reporting period.

The number of requests to Google has been generally rising since it began releasing transparency data in 2011.

The online giant, like other tech firms, maintains that it protects user privacy while cooperating with lawful requests from police and other official agencies.

"As we have noted in the past, when we receive a request for user information, we review it carefully and only provide information within the scope and authority of the request," Google law enforcement director Richard Salgado said in a blog post.

"Before producing data in response to a government request, we make sure it strictly follows the law, for example to compel us to disclose content in criminal cases we require the government use a search warrant, and that it complies with Google's strict policies (to prevent overreach that can compromise users' privacy)."

In the latest report, the United States had the largest number of requests at 14 169, with data supplied in 79% of those cases.

The company said it received its first-ever requests from Algeria, Belarus, the Cayman Islands, El Salvador, Fiji and Saudi Arabia in 2016. Google did not agree to provide data in any of those requests, according to the report.

We live in a world where facts and fiction get blurred
In times of uncertainty you need journalism you can trust. For only R75 per month, you have access to a world of in-depth analyses, investigative journalism, top opinions and a range of features. Journalism strengthens democracy. Invest in the future today.
Subscribe to News24
Related Links
How Google plans to turn Africa into a digital hub
Twitter seeks new path after bidders back off
Google rules out bid to buy Twitter - report
Next on Fin24
Warning to check ride-hailing surge pricing on New Year's Eve