GALLERY: Inside R200m Cape mansion you could own

Cape Town - If you happen to have R200m to spare, there is a four bedroom home for sale in Fresnaye, Cape Town.

The property is described as "exceptionally private and secluded". The property also has an olive grove allowing outdoor entertainment "on a grand scale".

"This property offers all the luxurious comfort one could want in one of the Cape's premier addresses. The upper entertainment level boasts a media room, private formal lounge and butler's kitchen," says PGP.

A home theatre, restaurant, bar and steam room are a few of the features on the lower entertainment level.

In August, Fin24 reported about a home in Camps Bay, Cape Town, which is for sale for R450m.

Activity in the South African residential property market indicates that it could be moving from "sideways to slowing", according to the FNB South African Estate Agent Survey for the third quarter of 2015.

"One potentially exciting aspect of the ultra high net worth individual (UHNWI) phenomenon, especially for the South African property industry, is that when it comes to big ticket real estate the world is top heavy," said Golding.

The vast majority of such transactions are in the Northern Hemisphere. Europe is tops for UHNWI residential holdings, followed by Asia and North America. Africa is bottom of the pile.

GALLERY: See inside the R200m mansion 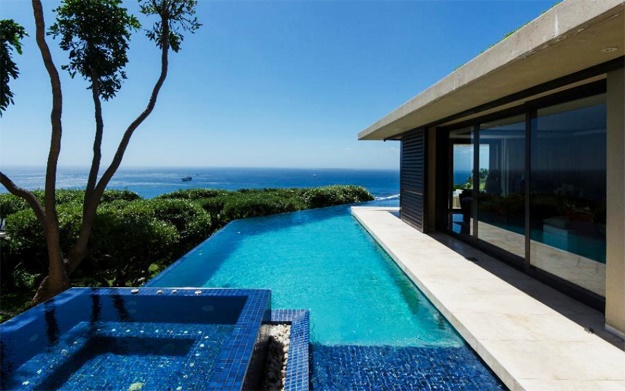 We live in a world where facts and fiction get blurred
In times of uncertainty you need journalism you can trust. For only R75 per month, you have access to a world of in-depth analyses, investigative journalism, top opinions and a range of features. Journalism strengthens democracy. Invest in the future today.
Subscribe to News24
Related Links
SA should grab luxury goods opportunities - report
Kick-starting SA’s disruptive wealth movement
SA's most exclusive estates for super-rich revealed
Next on Fin24
SA should grab luxury goods opportunities - report