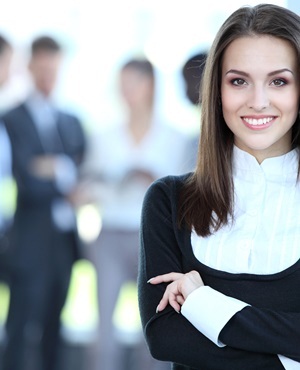 Alec Hogg had a one-on-one with Laurie Dippenaar, easily recognised as royalty in the arena of South African businessmen. Dippenaar shared thoroughly rational and altogether fascinating insights on the lambasting of the rich when looking at the blight of poverty across the globe, he says that it’s all about context and we have to assess the realities relatively. Which I’m sure will be an appreciated sentiment in light of the focus that has been placed on inequality and poverty this year at the WEF, and just about every other year it seems. – LF

ALEC HOGG:  FirstRand chairperson Laurie Dippenaar, when did you first come to Davos?

LAURIE DIPPENAAR:  I think my first visit was in 1999.

ALEC HOGG:  A lot has changed since then.

LAURIE DIPPENAAR:  Not that much; they’re still worrying about the poor but I think many other threats such as terrorism, is far more prevalent now, than then.

ALEC HOGG:  An interesting point about the poor, because a lot of emotion comes into that debate.  I know you like your statistics and you like analysing things.  You’re on the other side of the fence, if you like, from the poor.  Do you have a counterargument to what you hear, here?

LAURIE DIPPENAAR:  Firstly, let me say that Oxfam is on the side of the poor and in fact, most of what they recommend I endorse fully.  One of the points they make is that the rich should not be able to change the rules of the game by expensive lobbying.  I totally agree with that.  Corporations must pay the correct amount of tax.  I totally agree with that.  I think that sometimes, the debate also needs a bit of context.  Last year, they pointed out that the 86 wealthiest people in the world’s asset base is equal to that of the three-and-a-half billion poorest people.  Using their own numbers, I did the calculation that if you confiscated every single Dollar from the 86 wealthiest people, each one of the poorest three-and-a-half billion would get $500.00.

ALEC HOGG:  And then you have no more job creators (or whatever).

LAURIE DIPPENAAR:  That’s right.  The rainmakers have been destroyed.  In addition, my point is that on the bus would have been the Google founders and I say ‘who uses Google’.  Everybody…hundreds of millions of people.  How much do you pay for Google?  Nothing, so don’t be cross with the Google founders.

ALEC HOGG:  Well, I suppose that some of the rich though Laurie, don’t take their responsibility as seriously as some – well, you have a foundation – like Bill Gates who literally, has given away his money to helping the poor.

LAURIE DIPPENAAR: It’s quite interesting actually, about Bill Gates.  You can ask a question.  Giving away almost your entire fortune…  Has he added greater value or did he add more value developing Windows, which lifted the productivity of the entire world probably, by two or three percent?  The more spectacular one is giving away your fortune.  However, his contribution to the world was probably even greater, just doing what he had to do at Microsoft.

ALEC HOGG:  So it’s all about context.

ALEC HOGG:  Laurie Dippenaar is the chairperson of FirstRand [JSE:FSR].

See all newsletters
Voting Booth
Do you think it was a good idea for the government to approach the IMF for a $4.3 billion loan to fight Covid-19?
Please select an option Oops! Something went wrong, please try again later.
Yes. We need the money.
11% - 971 votes
It depends on how the funds are used.
74% - 6465 votes
No. We should have gotten the loan elsewhere.
15% - 1337 votes
Previous Results
Covid-19 Money Hub
Covid-19 Money Hub - answering your business and money questions during the crisis