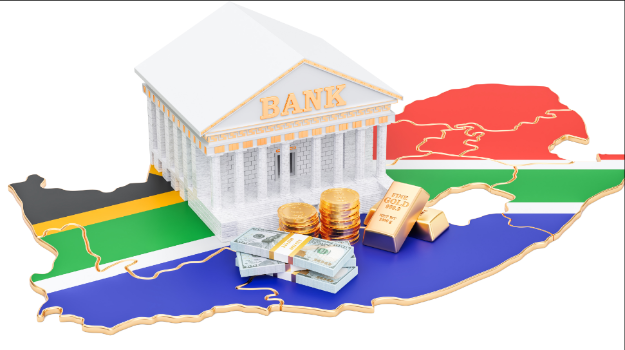 Finance Minister Tito Mboweni delivered the Medium Term Budget Policy Statement (MTBPS) on Wednesday afternoon, outlining the elements that have had a significant impact on the South African economy.

"We are at a crossroads," Mboweni said on Wednesday.

"We must choose a path that takes us to faster and more inclusive economic growth and strengthens private and public sector investment."

These are some of the highlights:

1. Treasury to re-allocate R1.4bn for SARS

Treasury has re-allocated R1.4bn to support reforms at the South African Revenue Service (SARS), which is battling governance challenges that threaten revenue collection.

According to the MTBPS, reforms currently underway at SARS include "regularising VAT refund payments and rebuilding enforcement capacity".

"We cannot continue to have a wide difference between revenue and expenditure," said Mboweni. "It is in this context that the SARS leadership team must be strengthened."

Mboweni said that South Africans should take it easy on the Reserve Bank and cease with "regular attacks on the mandate and independence of the South African Reserve Bank" as this creates a distraction for the governor, Lesetja Kganyago.

"Today we reiterate what is contained in section 224 (2) of the Constitution: The South African Reserve Bank, in pursuit of its primary object, must perform its functions independently and without fear, favour or prejudice, but there must be regular consultation between the bank and the Cabinet member responsible for national financial matters," he said.

Mboweni also emphasised that the Reserve Bank must perform its duties independently.

3. VBS collapse due to 'greed and corruption'

The collapse of VBS Mutual Bank has shown the impact of greed and corruption on development.

A number of municipalities illegally invested in the bank and are going to lose millions of public funds as a result.

"This matter was ventilated in the house yesterday. But this is not the only case in which public funds have been diverted to benefit a few greedy individuals. There are ... many cases where projects are manufactured, contracts are awarded corruptly and construction costs are inflated, or where corrupt practices have taken hold in the provision of land use rights."

Earlier this week Mboweni posted a tweet on Twitter asking fellow South African what they think should be mentioned in the mini budget. One tweet about sanitary pads caught his attention.

However, the implementation of the rate will cause a revenue loss of R1.2bn.

These items are targeted mainly at low-income households, even though sanitary pads will also be provided to schools for young girls.

According to the adjusted estimates of national expenditure, compensation of public servants accounts for a large and growing proportion of consolidated spending.

"Around 85% of the increase in the wage bill is due to higher wages, rather than headcount increases. The national wage ceilings remain unchanged, despite the new wage agreement," Mboweni said.

He also said that the wage bill remains the biggest cost pressure on the budget.

* Sign up to Fin24's top news in your inbox: SUBSCRIBE TO FIN24 NEWSLETTER
We live in a world where facts and fiction get blurred
In times of uncertainty you need journalism you can trust. For only R75 per month, you have access to a world of in-depth analyses, investigative journalism, top opinions and a range of features. Journalism strengthens democracy. Invest in the future today.
Subscribe to News24
Related Links
Mini budget re-allocates R1.4bn for SARS reforms
Mboweni: Mini budget tabled in time of slow economic growth
Mini budget in a nutshell: Mboweni takes bull by the horns
Next on Fin24
BUDGET WRAP | Mboweni holds off on major tax increases, promises R19.3 billion for vaccine rollout