Mboweni: Plum season is over, but it can come again 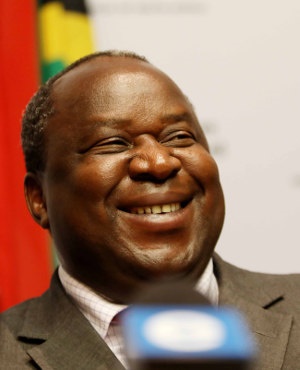 Finance Minister Tito Mboweni drew inspiration from his part-time job as a farmer to draw up Budget 2019.

The minister on Wednesday tabled the National Budget in Parliament.

In his opening remarks, he recalled that one year, his predecessor Trevor Manuel had handed out "succulent" plums to demonstrate the "times of plenty" SA found itself in.

This year, however, Mboweni was sharing the podium with an Aloe Ferox. This was to demonstrate that SA needed to plant seeds again, so that the economy could once more have plenty.

"As a part-time farmer, I know that in order for people to 'possess all these things', we have to plant anew. It is time for us to sow a seed of renewal and growth," he told the National Assembly.

The minister explained that after planting the seed, it would still need nurturing and protection in order to grow.

"Despite our best efforts, sometimes, ravages and risks such as pests or rot could attack our green shoots. But we must persevere," he said. "We must prune and pluck away at the rot, until there is growth."

Mboweni pointed out the characteristics of the Aloe Ferox- a plant which is drought resistant and resilient. "It withstands the elements. We must take the bitter with the sweet," he said.

Mboweni said that by planting seeds of the Aloe Forex, SA could go back to the "plum years". He likened the budget to that Aloe Forex- something resistant and resilient.

"It will not be easy. There are no quick fixes. But our nation is ready for renewal. We are ready to plant the seeds of our future," Mboweni said.

We live in a world where facts and fiction get blurred
In times of uncertainty you need journalism you can trust. For 14 free days, you can have access to a world of in-depth analyses, investigative journalism, top opinions and a range of features. Journalism strengthens democracy. Invest in the future today. Thereafter you will be billed R75 per month. You can cancel anytime and if you cancel within 14 days you won't be billed.
Subscribe to News24
Related Links
Mboweni: I don't want to control SARB
Sars is being fixed, says Mboweni, as Treasury again faces shortfall
Mboweni: Does SA really need state-owned enterprises?
Next on Business
BUDGET WRAP | 'Boring but responsible' - finance minister gets thumbs-up from economists