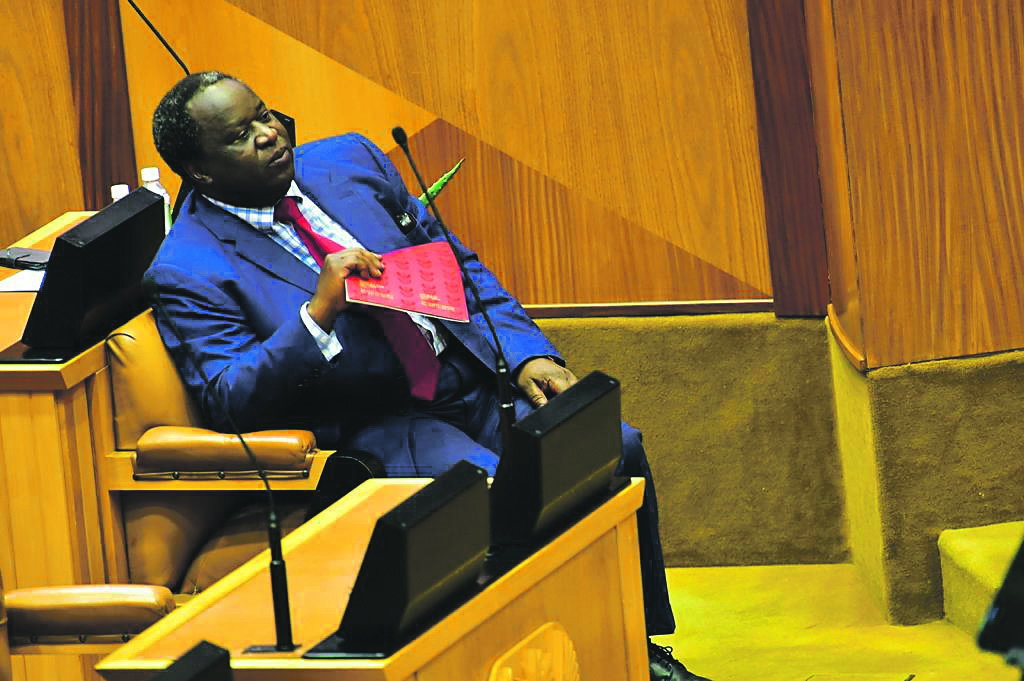 Minister of Finance Tito Mboweni says that government has not lost sight of the ballooning public service wage bill.

During a media briefing which took place after the his supplementary budget address, Mboweni said Minister of Public Service and Administration, Senzo Mchunu, was taking the lead in addressing the impasse between the state and unions over public wages. Government remained committed to containing costs.

Half of all consolidated revenue goes towards the compensation of workers in the public sector, the minister said.

Wednesday's supplementary budget was necessitated by the adverse economic impact of the the Covid-19 pandemic and the 12-week national lockdown aimed at curbing its spread.

In his address the minister announced that SA's consolidated budget deficit would rise to R761.7 billion, or 15.7 per cent of GDP, in 2020/21. A tax revenue shortfall of some R300 billion was also expected. The state was looking to save wherever it could.

In his February budget, Mboweni had proposed cutting the state's wage bill by R160.2 billion over three years. Unions in the public service pushed back against this proposal immediately, calling it tantamount to waging war.

April came and went without government honouring a 2018 wage agreement to hike public service wages by CPI plus 1% for general workers and CPI plus 0.5% for workers at a director level from 1 April.

The matter is currently the Commission for Conciliation Mediation and Arbitration, in a bid to clarify whether government is compelled to honour the 2018 agreement. Some unions are challenging wage cut in the Labour Court.

"The minister is leading the process and some of the unions have taken him to the labour court while others have remained in the arbitration process. That's why I said I wish him well. Our overall objective is for a compensation system that is fair, transparent and fiscally affordable," said Mboweni. See all newsletters
Voting Booth
How has Covid-19 impacted your financial position?
Please select an option Oops! Something went wrong, please try again later.
I'm not really directly affected
18% - 1597 votes
I am taking a hit, but should be able to recover in the next year
23% - 2089 votes
My finances have been devastated
35% - 3145 votes
It's still too early to know what the full effect will be
25% - 2266 votes
Previous Results
Covid-19 Money Hub
Covid-19 Money Hub - answering your business and money questions during the crisis