Mboweni's Budget - The most popular stories, chosen by you

From Eskom receiving billions in financial support to how sin tax will affect you, here are Fin24's top stories from Budget 2019.

• Eskom gets R69bn in financial support over 3 years, but with conditions – Mboweni Government has set aside R23bn per year for the next three years to help struggling power utility Eskom service its debt.

• Ferial Haffajee: Middle classes pay for the years of rot – as corporates get off more easily - Finance Minister Tito Mboweni’s Budget for 2019 is toughest on the middle class, which pays the largest part of the cost of state capture, says Ferial Haffajee.

• Mboweni: 'Speedy' Mogajane is a good Christian, but the Public Protector is a problem - Finance Minister Tito Mboweni said in a pre-budget briefing that he had full confidence in Treasury's Director-General Dondo Mogajane, and that he was reviewing Public Protector Busisiwe Mkhwebane's recommendation of remedial action on Mogajane's appointment. From Eskom to tax, this is Mboweni's budget in a nutshell - Finance minister Tito Mboweni's first National Budget came with no real big surprises or shocks. Given the pressure-cooker that is state finances, especially those of struggling power utility Eskom, it appears to be a well-balanced act.

How the price of beer, wine and cigarettes will rise - Mboweni may not have announced any increases in taxes rates in his maiden Budget, but as in previous years sin taxes – or the tax government levies on alcohol and tobacco - will again rise at above-inflation rates.

READ: Tito's Budget in his own words

"We must take the bitter with the sweet," said Finance Minister Tito Mboweni when he delivered his maiden budget speech, noting that it lays out a series of interventions that will put South Africa on a bold new path.

Mboweni likely realised a tax ceiling has been reached in SA - Budget 2019 seems to show an acceptance that taxation levels have reached a ceiling, says Melanie Milleskie, tax expert at Deloitte Africa.

Rand avoids 'bloodbath' after week of highs and lows - "While markets were braced for a bloodbath, Finance Minister Tito Mboweni managed to strike a balance [during his Budget speech], and at least allude to actions that appeased analysts, investors and seemingly ratings agencies," says Peregrine Treasury Solutions's Bianca Botes. 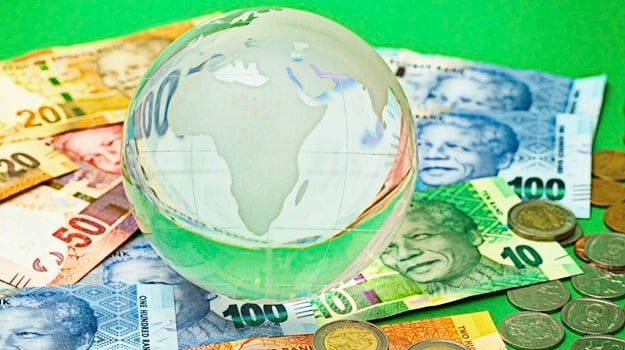 No one would buy Eskom, even if it sold for R1 - leading economist - The debate around the privatisation of Eskom is a "myth", according to economist Dr Iraj Abedian, who says he hasn’t met a single investor who would buy the power utility’s assets – even if they were sold "for a rand".

Fitch on SA Budget: Eskom support has limited effect on SA's credit rating - Fitch Ratings has said that additional financial support for Eskom will have a limited effect on the country's credit profile, while S&P it waiting for clarity on the details of the state's support package.

Nowhere to hide for tax dodgers stashing assets offshore- Putting money into offshore structures, thinking that you are safe from the tax man, is no longer the case, warns an expert at Tax Consulting SA.