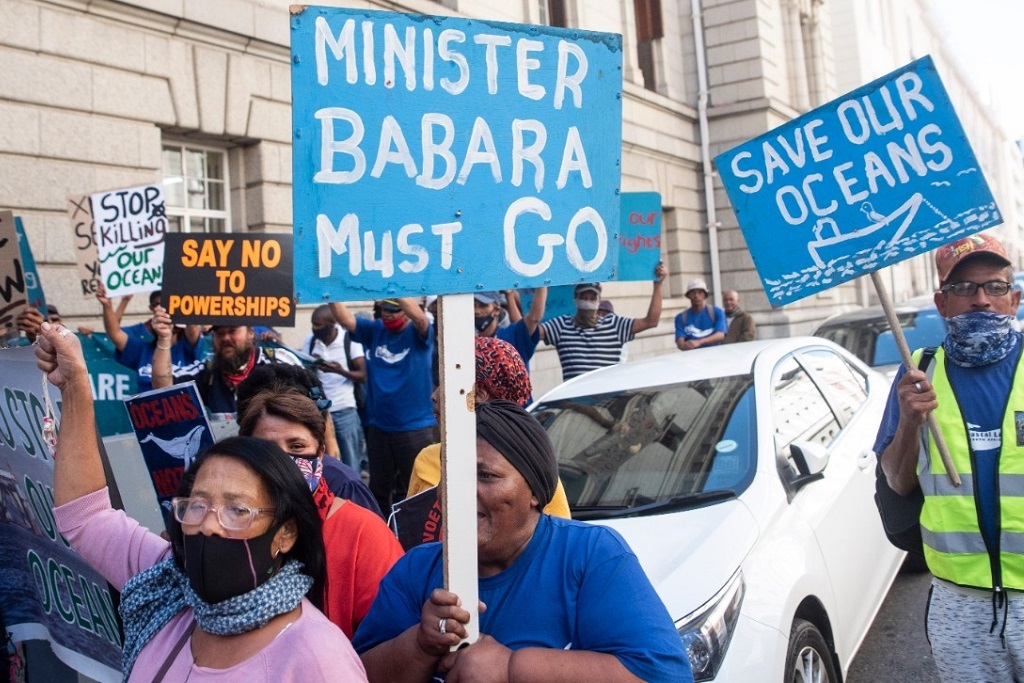 Geoscience data company Searcher, which was previously blocked from conducting a seismic survey off the West Coast, may get a second chance now that it has been granted environmental authorisation by the Department of Mineral Resources and Energy (DMRE).

Last year West Coast fishing communities successfully blocked Searcher's first attempt at a survey through the courts on the grounds that the company had not adequately consulted interested and affected parties – the small-scale fishers.

Searcher's Robin Sutherland would later admit that there were "deficiencies" in the company's previous consultation processes. The company is headquartered in the UK.

Searcher in July 2022 published a notice of its second application for a survey. This time it would be conducted further from the coast (more than 200km) than the previous application, which was just 20km off the coast.

Searcher invited the public to register as interested and affected parties so that they would be aware and participate in the consultation processes that form part of the environmental authorisation application. 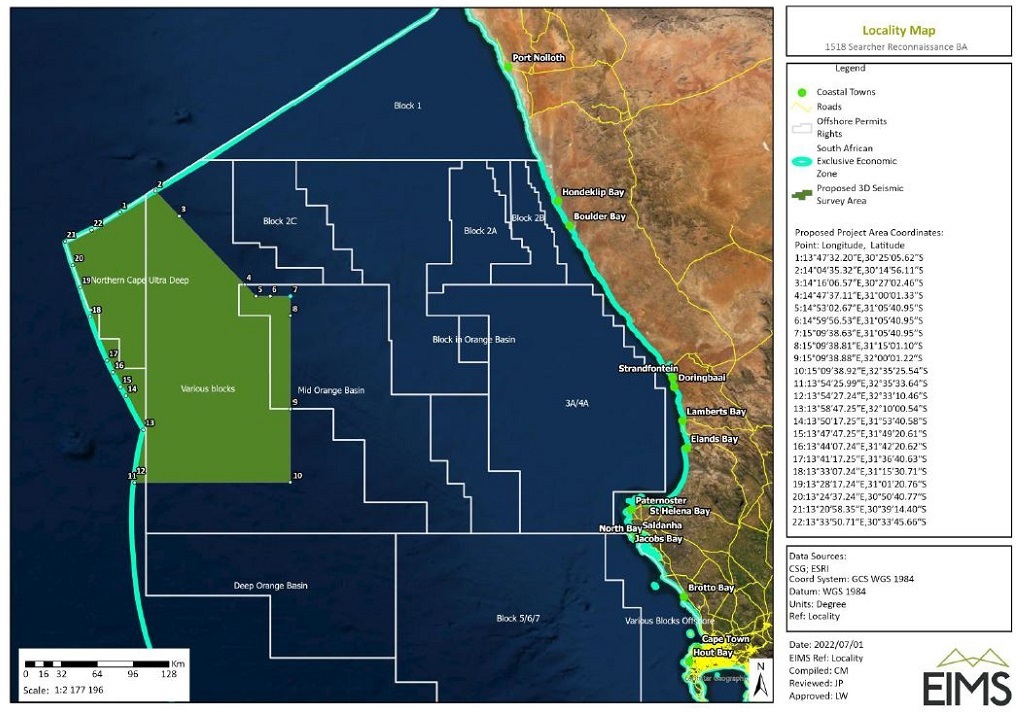 This survey area is between St Helena Bay and Hondeklip Bay off the West Coast.
Supplied EIMS

The controversy around seismic surveys is that they involve emitting sound pulses in the water to map out oil and gas reserves. The alleged environmental harm of these sound pulses on marine life has been raised as an argument against seismic surveys in court applications by those opposed to them.

More so, concerns have also been raised about the long-term impact of burning oil and gas on global warming, which exacerbates climate change.

"Notice is given in terms of the Environmental Impact Assessment (EIA) Regulations … that the abovementioned project was granted an Environmental Authorisation on the 20 December 2022 by the Department of Mineral Resources," the notice read.

Those wishing to appeal the decision have 20 days from the publication of the notice (6 January) to submit their requests to the Department of Forestry, Fisheries and Environment. There are now less than 10 days to make submissions.

Civil society group, The Green Connection will be submitting an appeal. It is concerned that the mitigation measures (or steps to reduce the environmental impact of the seismic survey) are inadequate. The Green Connection also raises concern that the DMRE ignores the climate crisis by authorising the search for oil and gas.

"A much larger concern is that the DMRE has authorised this specifically to search for oil and gas and appears to ignore the climate crisis we face," The Green Connection's spokesperson Liz McDaid said in a statement.

The Green Connection is also of the view that the studies to assess the environmental impacts of oil and gas are flawed.

"The Green Connection does not believe that there will be no harm and is not satisfied with studies which failed to adequately assess cumulative negative environmental impacts for oil and gas," McDaid said.

"The Green Connection does not believe that a project can be motivated by the idea that we need additional oil and gas but then fail to consider the cumulative environmental negative impacts of that oil and gas. A seismic survey has no benefits by itself – but it has risks of harm."

This is not the only seismic survey being challenged by communities and civil society groups. Another survey, to be conducted for Shell off the Wild Coast was successfully blocked by a high court. This decision will now go to the Supreme Court of Appeal and could set a precedent for future cases.