St Lucia crocs are losing their teeth due to lead poisoning 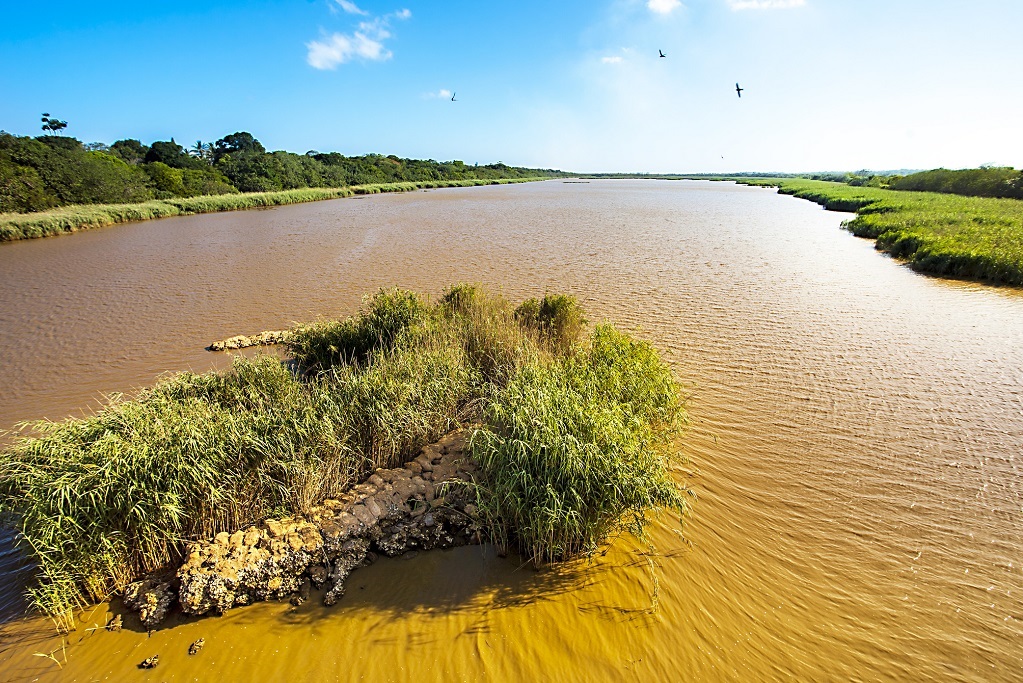 Crocodiles at Lake St Lucia, part of the World Heritage Site - iSimangaliso Wetland Park - have been losing their teeth and suffering from anaemia due to their exposure to toxic lead levels.

Lake St Lucia is known for its wildlife, including hippos. It is an ecotourism destination that includes recreational fishing allowed in certain parts. The estuary also provides nursery habitats for young fish.

In the recent past, the estuary mouth has been closed due to the collection of sediments that have negatively impacted biodiversity in the area. Government has looked into the impact of artificially breaching the river mouth. Floods in KwaZulu-Natal in April helped to breach the river mouth naturally, Fin24 previously reported.

A paper, High lead exposure and clinical signs of toxicosis in wild Nile crocodiles (Crocodylus niloticus) from a World Heritage site: Lake St Lucia estuarine system, South Africa, was recently published. It is based on a study that investigates the impact of chronic lead exposure to crocodile health.

The paper indicates that crocodiles ingest lead fishing weights, particularly from recreational fishing in the area, which has been happening since the 1930s. This means adult crocodiles at Lake St Lucia have been exposed to lead over several decades.

One of the paper's authors, Professor Marc Humphries of the Environmental Geochemistry Lab at the University of the Witwatersrand, explained that, like birds, crocodiles are unable to pass ingested lead objects - and as a result, face chronic lead poisoning. In some cases, the lead concentration in their blood was 10 to 25 times higher than levels considered to be lead poisoning in birds and mammals.

The study showed that lead was detected in all 22 sampled wild crocodiles.

The incidence of lead poisoning was higher in male crocodiles compared to females. This difference is behavioural - adult male Nile crocodiles are 20% larger than females and may have a greater tendency to ingest larger objects, the paper read. Lead accumulates in bone and dental tissues and replaces calcium. It deteriorates the teeth and causes loss.
Supplied Marc Humphries

Although most crocodiles appeared to be in good physical condition, they suffered anaemia and tooth loss. These are symptoms seen in birds and mammals with lead poisoning.

"… We noted that several of the males sampled had broken and missing teeth. One crocodile appeared abnormally pale in colour and showed overt signs of lethargy during both capture and release. We suspected that this individual was suffering from severe anaemia," the paper read.

The loss of teeth contributes to "nutritional stress" and death. While the consequences of anaemia are unknown - extreme cases can lead to sick and weak crocodiles that may be susceptible to disease and may be at risk to predators (mainly other crocodiles).

Apart from the blood and dental disorders detected in the crocodiles - which will affect their long-term survival - it could also affect their reproductive systems, but this warrants further research, the paper indicated.

So far, research shows that in captive American alligators, high lead concentrations were found in egg yolks - suggesting the link between lead exposure and the mortality of embryos. Furthermore, negative impacts of lead on the reproductive success of birds have also been documented.

Humphries said that the continued use of lead is a conservation and sustainability issue. "Globally, there is increasing effort to shift away from the use of leaded fishing tackle to mitigate risks to wildlife and human health," he said. Humphries believes conservation authorities in the country need to lead such movements.

For example, in the US, there are restrictions that resulted in the reduction of lead exposure in predatory birds like the California condor.

The paper encourages restrictions on the use of toxic substances as a means of conservation.

The Department of Forestry, Fisheries and Environment has not yet responded to Fin24's request for comment.

We live in a world where facts and fiction get blurred
In times of uncertainty you need journalism you can trust. For 14 free days, you can have access to a world of in-depth analyses, investigative journalism, top opinions and a range of features. Journalism strengthens democracy. Invest in the future today. Thereafter you will be billed R75 per month. You can cancel anytime and if you cancel within 14 days you won't be billed.
Subscribe to News24
Next on Business
Earth's inner core may have started spinning other way - study