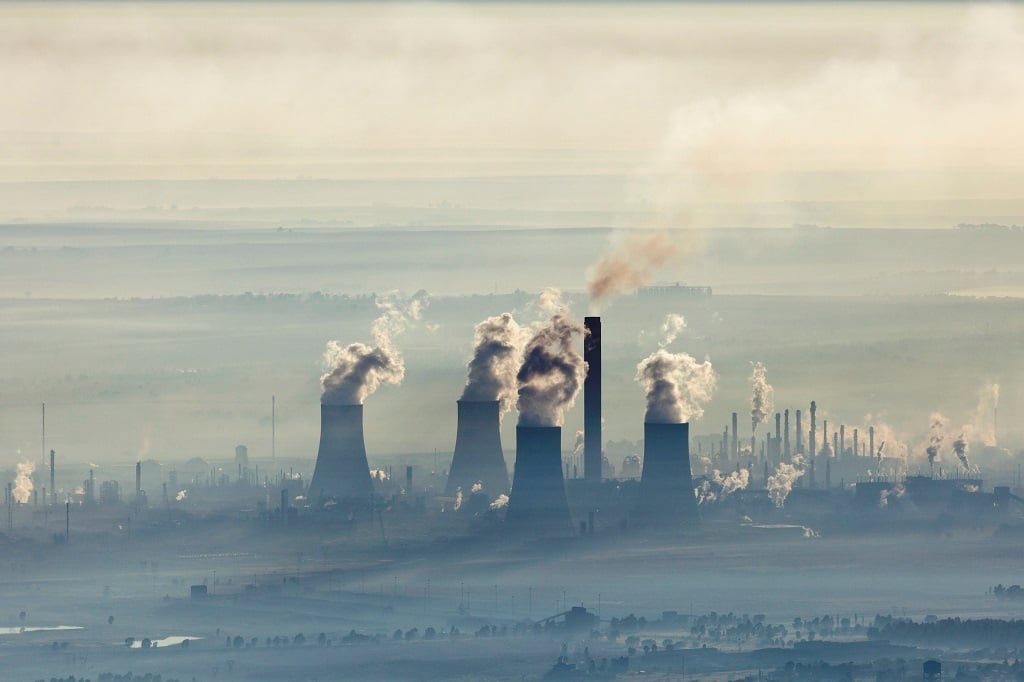 Most of South Africa's carbon emissions are attributed to the power sector.
Richard Du Toit/Gallo Images

South Africa's energy sector is still the most carbon-intensive among G20 countries, a recent report has found.

The Climate Transparency Report 2022, released on Thursday, provides a country-specific analysis of the emissions and efforts to address climate change. The research draws on the expertise and assessments from 16 partner organisations across the G20 countries. It is based on data up until 2021.

The report shows that South Africa's per capita emissions (that is, the average emissions for a person) are 1.2 times greater than the G20 average of 7.5. This down only slightly from 9.1 recorded last year. South Africa's Per Capita emissions are 1.2 times the G20 average at 9. This is only slightly lower than the 9.1 recorded last year.
Supplied Climate Transparency Report, 2022

Most of South Africa's carbon emissions (47%) are attributed to the power or electricity generation sector – this is also true for the G20.

Globally in 2021, about 40% of energy-related carbon emissions globally could be attributed to the power sector. Energy-related emissions dropped slightly during 2020 – the first year of the Covid-19 pandemic. But there was a rebound in energy emissions in 2021 as economies and industries reopened.

South Africa's energy sector is dominated by fossil fuels (which account for 92% of the energy mix).

Similar to last year's findings, South Africa's carbon intensity – a measure of the amount of carbon dioxide emitted per unit of energy that is supplied – is the highest in the G20. "For each kWh of electricity, 866.5g of CO2 is emitted in South Africa," the report read.

This is largely linked to the high share of coal in the country's energy mix, the report read. About 87% of South Africa's electricity was produced from coal in 2021 – which is why the country was the G20's most emissions-intensive power sector.

Over the last five years, the carbon intensity of South Africa's energy mix has increased slightly, while the G20 average has declined.
- Climate Transparency report 2022

The report also noted that the climate crisis and extreme weather events, such as heatwaves in Europe, and floods in Pakistan, were eclipsed by the energy crisis resulting from Russia's invasion of Ukraine. The energy supply crisis has spiked prices for oil and gas and has had ripple effects on the prices of food and fertilisers.

"Many governments are now confronted with a cost-of-living crisis that shifts public attention away from the climate crisis."

At the virtual launch of the report, Mariana Gutierrez, a coordinator of the Climate Transparency secretariat, shared that the response of some G20 nations to the energy crisis has negative implications. The short-term solutions to guarantee supply, which involves the continued use of fossil fuels like coal – risks a significant dependence on fossil fuels going forward. The G20 energy mix is dominated by fossil fuels but the deployment of renewables should increase.
Supplied Climate Transparency Report, 2022

On the flipside, renewables have become much cheaper – and are more cost-competitive than even the lowest-cost fossil fuel alternative, said Gutierrez. "Almost two-thirds of newly added renewables in the G20 had lower costs than even the cheapest coal-fired plant," the report read.

In 2019, emissions from the energy sector accounted for 76% of all greenhouse gas emissions of the G20 – most of which were carbon dioxide emissions. The increased deployment of renewables and phasing out of fossil fuels will therefore be key in decarbonising the energy sector, explained Gutierrez.

At the Standard Bank climate summit this week, Forestry, Fisheries and Environment Minister Barbara Creecy shared that in her engagements with developed countries on their response to the energy crisis, the reopening of coal-fired stations is only a short-term intervention.

The decarbonisation of the energy sector through renewables is critical in reducing emissions from the power, transport, industry, and buildings sectors. The report indicated that while the rollout of renewables is expected to increase, it is unclear whether they will be deployed fast enough.

We live in a world where facts and fiction get blurred
In times of uncertainty you need journalism you can trust. For 14 free days, you can have access to a world of in-depth analyses, investigative journalism, top opinions and a range of features. Journalism strengthens democracy. Invest in the future today. Thereafter you will be billed R75 per month. You can cancel anytime and if you cancel within 14 days you won't be billed.
Subscribe to News24
Next on Business
Portugal ends mandatory environmental assessments for green hydrogen projects