FIFA World Cup: The creation of superstars and branding machines

FIFA spends a massive amount of time and money in protecting the FIFA trademarks, which is crucial to ensuring the creation and continuation of revenue streams that fund FIFA’s football competitions and social development initiatives.

FIFA operates a global licensing programme which appoints licensees in various territories to produce Official Licensed Products. FIFA’s battle with counterfeit goods will no doubt continue during the 2018 tournament, not only in Russia, but also in countries across the globe in relation to a range of goods such as memorabilia, clothing, World Cup Trophy replicas, footballs and other goods that feature the FIFA marks.

The use of trademarks in the sponsorship of sporting events, teams, and athletes is nothing new.

Sportspeople have become celebrities enjoying superstar status and, in a sense, branding machines. Such athletes attract inconceivable recognition in their names – with the likes of MESSI and CRISTIANO RONALDO coming to mind.

Lionel Messi, the Barcelona and Argentinian footballer, has recently been successful in a seven-year-old trademark dispute involving his name. This involved a Spanish cycling gear manufacturer called MASSI.

Messi applied to register his MESSI trademark in the European Union for sporting goods, which was opposed by MASSI on the basis that it was too similar to its MASSI mark. The European court ruled that MESSI is too famous to be confused with other businesses and that Messi was entitled to register his MESSI trademark for sporting goods and equipment. 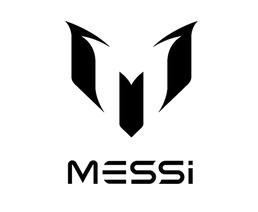 Aside from being the highest paid footballer on the planet, Messi has a lifelong agreement with Adidas, and has also bagged other commercial transactions including Gatorade, Pepsi and Huawei. To further demonstrate the attraction in his globally recognised name, a Messi Experience Park, a theme park based on him, is due to open in China in 2020.

Ronaldo, the Real Madrid and Portuguese footballer’s contract with Real Madrid is worth $50 million per annum for the next three years, with his transfer fee being $1 billion. He has a lifetime contract with Nike which is reportedly worth more than $1 billion. He has also concluded a number of sponsorship deals, including with Herbalife and EA Sports, which is the authorised licensee to produce the ever popular FIFA video game.

Ronaldo has also created his own brand – CR7 – which is featured on a range of goods including footwear, a fragrance, jeans, bags and children’s clothing. He has also opened a few hotels under the CR7 brand. The significance and goodwill in the CR7 brand has also not been overlooked by Nike, which has produced a number of products that feature CR7, including clothing, bags, boots and footballs.These footballers are but only two examples of sportspeople who have achieved superstardom status that at times transcends club and country.

A recent trademark dispute closer to home in the field of sports is between US basketballer, LeBron James (whose earnings were incidentally $86 million in 2017) and retired South African kickboxer, Andrew Thompson. LeBron James has thrown the first punch, and demanding that Thompson withdraw his trademark application for KING JAMES INC. and that the domain name kingjamesinc.co.za be deleted. It is alleged that Thompson was known as KING JAMES in kickboxing circles. It will be interesting to see how this plays out.

While the field is open as to who will win the FIFA World Cup, what is certain is that the power of trademarks cannot go unnoticed which is highlighted once more during this sporting spectacular.

* Janine Hollesen is Director: Head of Intellectual Property at the Werksmans IP team. This opinion piece was first published on the Werksmans website.

We live in a world where facts and fiction get blurred
In times of uncertainty you need journalism you can trust. For 14 free days, you can have access to a world of in-depth analyses, investigative journalism, top opinions and a range of features. Journalism strengthens democracy. Invest in the future today. Thereafter you will be billed R75 per month. You can cancel anytime and if you cancel within 14 days you won't be billed.
Subscribe to News24
Next on Fin24
Questions around FlySafair’s R4 sale officially put to rest