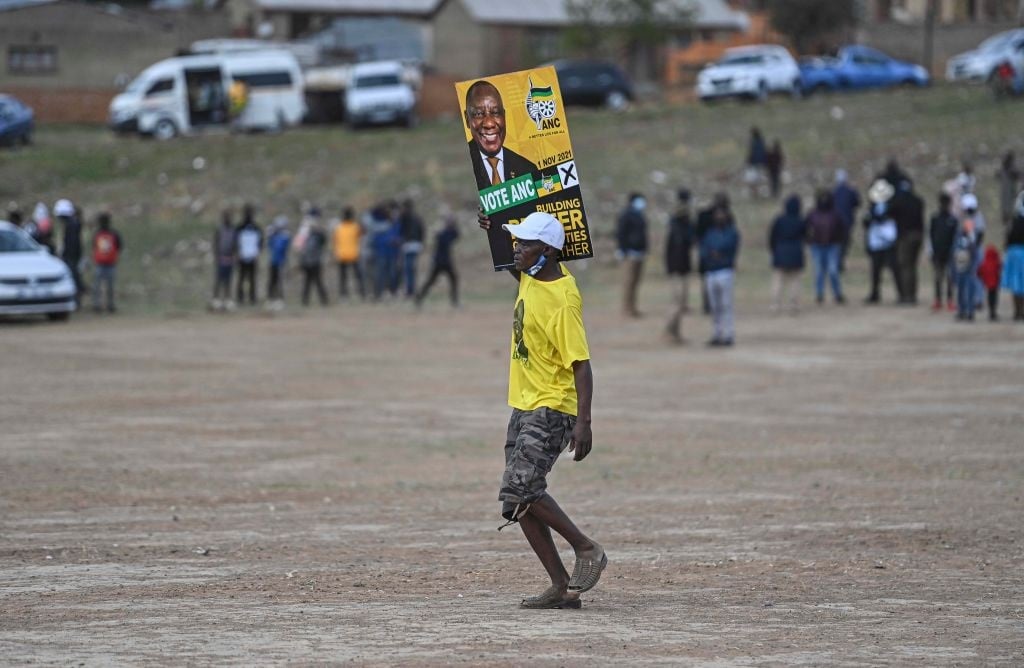 The ANC got another bloody nose this week when it failed to overturn a previous court ruling that it must pay R120 million it owes to a KwaZulu-Natal-based marketing company for the supply and erection of PVC banners in the run-up to the 2019 elections.

The attorney acting for the company, Ezulweni Investments, has now said that unless the party pays up by close of business on Thursday, it will consider initiating liquidation proceedings.

A full bench of three judges sitting in the South Gauteng High Court in Johannesburg dismissed the ANC’s appeal, with costs, and confirmed a previous order that the money was owed and must be paid.

Judge Leicester Adams, writing on behalf of Judges Motsamai Makume and Mpostoli Twala, said on all the available evidence, the ANC was liable to pay the debt on the basis of an verbal agreement.

The ANC’s defence to this was "far-fetched", he said.

The ANC had sought to distance itself from the verbal agreement, claiming the two officials who had negotiated with Ezulweni boss Renash Ramdas, had no authority to do so.

It said there was therefore no legal contract, because its supply chain policy had not been adhered to.

However, Judge Adams said the material facts were supported by uncontested and unchallenged WhatsApp messages sent between 29 April and 6 May 2019, which reported on progress of the project.

Ramdas, in his affidavit, said that he had met a Mr Mabaso, the ANC’s financial manager, who had introduced him to a Mr Nkholise, the person responsible for procurement on behalf of the party for the duration of the election campaign.

In February, Mabaso and Nkholise placed an order with Ezulweni for the supply and installation of 30 000 PVC banners.

In March, because of the substantial financial outlay, Ezulweni sought assurance from the ANC that the contract was valid.

In response, the party provided it with a letter on an ANC letterhead signed by the head of elections Fikile Mbabula and addressed to the treasurer-general, Paul Mashatile in which Mbalula confirmed that "Comrade Lebohang Nkholise has been assigned as the signatory for bookings and money for the duration of the Elections Campaign".

Judge Adams said the letter, "and more importantly" that it was provided to Ezulweni, was not disputed by the ANC. It was also not disputed that in April Ezulweni forwarded two invoices to Nkholise.

In accordance with the oral agreement, on April 9, Nkholise forwarded to Mr Mababso the ANC’s final design of the banner and Mabaso in turn forwarded the email to Ezulweni.

On the same day, Mbalula wrote to Mashatile, asking for assistance to pay Ezulweni’s invoices for the PVC banners.

Mabaso, in the ANC’s answering affidavit, said the letter was prepared by Nkholise who had attached Mbalula signature to it "electronically". Judge Adams said: "The idea was, so Mabaso alleges, that the letter would at some point be placed before Mbalula for confirmation. This apparently never happened ... this then meant, so the version of the ANC continues, that the order and the contents of the sale letter was never confirmed, or approved."

The judge said this version was implausible, far-fetched and should be rejected.

The judge also referred to several WhatsApp messages exchanged by Ramdas on a WhatsApp chat group named "ANC 2019" in which he kept Mkholise and Mabaso updated on progress with the order of the banners and even sent pictures of them before and after they were erected on street posters.

Ramdas advised on the group that the project was huge and his company had employed 100 teams of people to install the banners.

After the elections, and in accordance with the contract, the company had removed all the banners and put them in storage. It then sent the invoices to the ANC again.

Judge Adams said the ANC, prior to filing its answering affidavit in the matter, had never disputed that it owed the money or the authority of Mabaso or Nkholise to enter into the agreement.

He said it could be "confidently said" that the conduct of the parties, especially that of the ANC, supported the conclusion that there was an agreement and there was "no credence" to the ANC’s version.

Approached for comment, attorney Shafique Sarlie, who acts for Ezulweni, said he had already written to the ANC’s lawyers and "reserved my clients rights to bring liquidation proceedings" should the debt not be paid by Thursday.

He said his client had suffered huge financial harm."I have been inundated with cases against him from service providers who he has not been able to pay. It was a massive project and it almost caused the demise of the company.

"He had to arrange huge loans and sell off his personal vehicles to keep afloat," Sarlie said.