After 'intense' talks, Heineken plans new African giant that will take on other big competitors 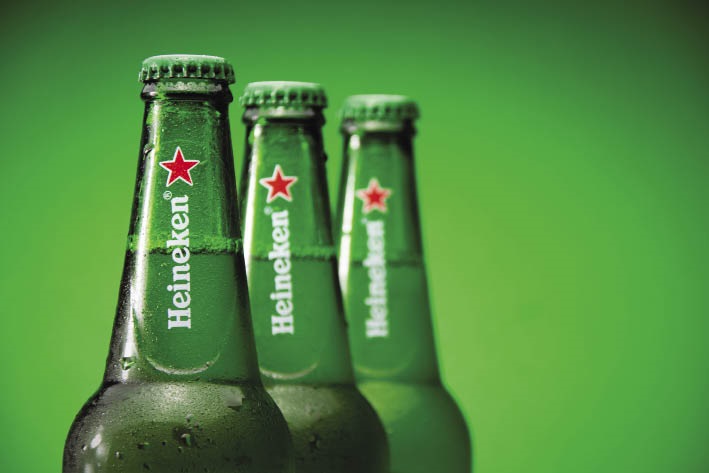 The Dutch brewer made an offer of R180 a share that’s been recommended by Distell’s board, according to a statement on Monday. Heineken will also look to buy a majority stake in the owner of Namibia Breweries, the company said.

The result will be a Heineken majority-owned entity with a total valuation of about €4 billion (R70 billion). The firm will produce the brewer’s signature lager and Namibia’s Windhoek and Tafel, plus Distell staples such as Klipdrift brandy and Savanna cider and a number of wines for export and local consumption.

Bloomberg News first reported the companies were in talks in May.

The deal sees Heineken CEO Dolf van den Brink, who got the top job in June of last year, accelerate the decades-long strategy of predecessor Jean-Francois van Boxmeer, who invested hundreds of millions of euros in markets such as Ivory Coast and Nigeria. Heineken is also looking to counter plunging beer sales in Asia.

"I came away very impressed by Distell and Distell’s leadership," Van den Brink said in an interview. "This is a very well managed, successful business that had a lot of momentum going into this deal."

Distell shares fell 7% to R169.42 as of midday. in Johannesburg, having closed on Friday above the offer price at R182.59. The deal still requires shareholder approval. Heineken shares gained 1.5% in Amsterdam.

"The negotiations with Heineken have been rigorous and intense," Distell CEO Richard Rushton said on a call with reporters and investors. A deal committee "was formed to evaluate various discounted cash flow scenarios of our business under various conditions. You’ll know the South African context - the opportunities and not insignificant risks."

Remgro, a vehicle of South African billionaire Johann Rupert, said it will vote in favour of the transaction and is electing to receive shares in the new company. The investment firm and the Public Investment Corporation, Africa’s biggest money manager, each hold a little more than 30% of Distell, according to data compiled by Bloomberg.

The PIC didn’t immediately say how it will vote, though Distell Chief Financial Officer Lucas Verwey said the custodian of government-worker pensions is positive about the tie-up.

The purchase is expected to boost earnings in the first year after completion, Heineken said. The move comes a few years after AB InBev bought Castle Lite and Hansa maker South African Breweries, the country’s largest beermaker, as part of its megadeal for SABMiller.

Namibia Breweries, the market leader in the southwest African country, exports to 17 countries in addition to South Africa. It will remain listed on the Namibian Stock Exchange, with public shareholders continuing to hold a minority stake.