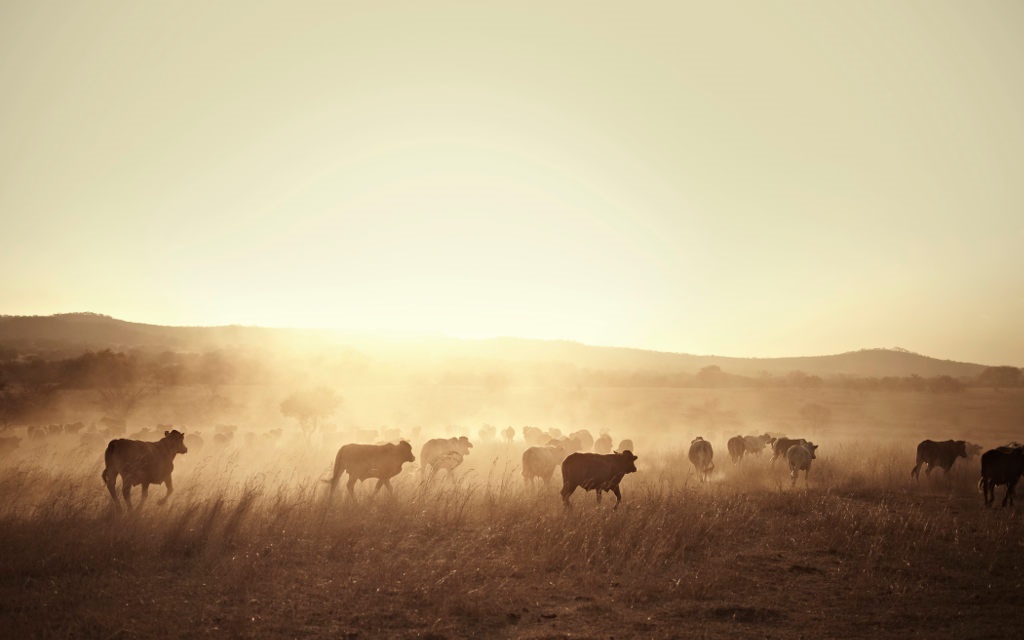 Millennia of strategic breeding, including a hook-up with an Asian cousin centuries ago, have made African cattle resilient to drought, heat waves and disease, according to a genetic analysis released Monday.

Their ability to withstand extreme weather and sickness will be put to the test in coming decades as climate change exacerbates the continent's extreme weather, researchers reported in the journal Nature Genetics.

Genome sequencing of specimens from 16 breeds of African cattle revealed an "evolutionary jolt" some 900 years ago when indigenous breeds were crossed with a South Asian species, known as Zebu, said Olivier Hanotte, principal scientist at the Nairobi-based International Livestock Research Institute (ILRI) and senior author of the study.

The local cattle, called Taurine, had already adapted to endure humid climes plagued by vector-borne diseases such as trypanosomiasis, or sleeping sickness.

The humped Zebu added traits that allow cattle to survive in hot, dry climates typical in the Horn of Africa, where the new species probably first crossed onto the continent.

The study identifies a number of genetic markers for these combined traits, and points to strategies for making the animals even more resilient - and productive.

"We believe these insights can be used to breed a new generation of African cattle that have some of the qualities of European and American livestock which produce more milk and meat per animal" but retain their toughness, he said in a statement.

Globally, cattle have become climate change pariahs because they produce large quantities of the greenhouse gas methane as they digest their food.

Environmentalists also decry the destruction of vast tracts of tropical or semi-tropical forest, especially in Brazil, to accomodate cattle ranches and grow feed for bovines.

But in Africa, especially in the arid northeast, cattle have been a lifeline for small-scale pastoralists, and a barrier to the hunting of wild animals.

"Without them, millions of people in Africa would have been forced to hunt wildlife for protein," said Ally Okeyo Mwai, lead researcher at the ILRI's African Dairy Genetic Gains programme.

"For many households in Africa, and especially the poorest, livestock in general and cattle in particular continue to be a family's most valuable asset."

As global warming makes heatwaves and droughts hotter and longer, the same genetic traits that helped cattle survive will need to be enhanced through further breeding, the study suggests.

"If the goal is pure productivity" - more milk, more meat - "you're doomed to failure," said co-author Steve Kemp, deputy director of the Centre of Tropical Livestock Genetics and Health in Scotland.

The oldest undisputed evidence of domestic cattle in Africa dates to about 5000 BC in Egypt's Western Desert, and to about 7000 BC in Kerma, Sudan.

We live in a world where facts and fiction get blurred
In times of uncertainty you need journalism you can trust. For only R75 per month, you have access to a world of in-depth analyses, investigative journalism, top opinions and a range of features. Journalism strengthens democracy. Invest in the future today.
Subscribe to News24
Related Links
WATCH | Forever young? Longer shelf-life for food
WATCH | How low-burping cows could put a dent on emissions
OPINION | More women in farming, a better chance to fight hunger
Next on Fin24
Capitalworks acquires Brait's majority shareholding in DGB