Cannabis a 'high-growth' sector for jobs and investment, says City of Cape Town 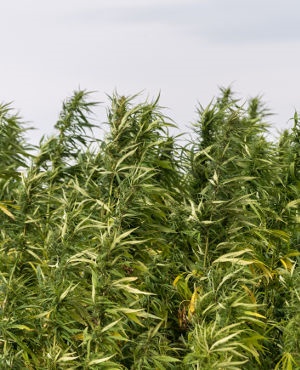 A field of industrial hemp in France (Getty)

Hemp and cannabis are "ripe for the picking" when it comes to boosting economic opportunities in the City of Cape Town.

The statement comes just days after President Cyril Ramaphosa announced in the State of the Nation Address that government plans to "regulate the commercial use of hemp products" and form a policy on the use of cannabis products for medical purposes, in line with global trends.

The City so far has also recognised the growth potential of this emerging sector.

"We have identified foreign investment interest and the possibility it bringing in significant income, jobs, and skills," Vos said. "The City Council has already released several parcels of land in Atlantis for purchase by the private sector for the production of medical cannabis," he added.

Cannabis and industrial hemp are derived from the species of Cannabis sativa, but they are different strains, Vos explained. Medical cannabis is legal and produced under specific and regulated conditions, while hemp is used to make rope, textiles, clothing, shoes, food and biofuel, among other things.

While raw hemp materials and products can be imported under specific conditions, hemp cultivation is forbidden, Vos said. He intends to write to Health Minister Dr Zweli Mkhize and the Medicines Control Council to request an update on the progress in allowing hemp farming.

In January Finance Minister Tito Mboweni took to Twitter to ask users their views on legalising cannabis, given the potential to grow provincial economies and bolster tax revenue collections.

In 2018, the Constitutional Court legalised the private possession, use and cultivation of cannabis.

We live in a world where facts and fiction get blurred
In times of uncertainty you need journalism you can trust. For only R75 per month, you have access to a world of in-depth analyses, investigative journalism, top opinions and a range of features. Journalism strengthens democracy. Invest in the future today.
Subscribe to News24
Related Links
Key economic takeaways from Ramaphosa's State of the Nation Address
'Legalise it!' Mboweni tweets he will propose legal cannabis industry to Cabinet
WATCH: First US hemp harvest is a bust
Next on Fin24
Red wine, craft gins, espresso: Rooibos gets a facelift

See all newsletters
Voting Booth
Have you claimed the interest on your rental deposit?
Please select an option Oops! Something went wrong, please try again later.
Yes, and I've gotten it.
21% - 1490 votes
No, I did not.
52% - 3686 votes
My landlord refused
27% - 1960 votes
Previous Results
Covid-19 Money Hub
Covid-19 Money Hub - answering your business and money questions during the crisis