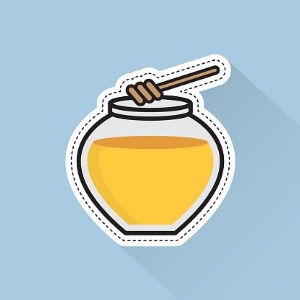 In the floral valleys of Cuba's Matanzas province, old fashioned farming means bees can swarm without the threat of pesticides that have decimated populations across the world.

Life is sweet for Cuba's winged wonders, and Europe's honey-lovers are catching on.

"The bee is made neither for urban areas nor rural areas. It is made for the mountains," says Rogelio Marcelo Fundora, surveying a lush mountain valley east of Havana where his bees are thriving.

Fundora, 51, is a mechanical engineer by trade. His 54-year-old brother Santiago Esteban is a teacher. But both have become Cuba's best-known beekeepers by passion, owning 600 hives in the valley.

In this idyllic valley a few hours drive from the capital, "last year we produced 80 tonnes of honey," said Santiago, his face covered by a black net to avoid stings while bees swarmed in agitation as he manipulated a hive.

Shrinking bee populations around the world have caused scientists and conservationists to sound the alarm over the effects of intensive agriculture, disease and pesticides.

But not in Cuba, a Communist-run island nation that has become a kind of apicultural paradise, thanks to the purity of its countryside.

That environmental integrity dates back to Cuba's crippling economic crisis of the 1990s, following the collapse of the Soviet Union, which once provided the island with thousands of tonnes of pesticides, fertilizers and herbicides.

Deprived of that support, Cuba had no choice but to develop natural alternatives. In the process, it reduced to almost zero the use of chemicals, so harmful to bee populations and the quality of their honey.

Average production is 51 kilograms of honey per hive, a level considered high.

However, the Fundora brothers, considered the nation's beekeeper kings, show yields of up to 160 kilos of honey per hive - triple the national average.

"There's no miracle, just a lot of work," said Santiago. "It's endless work to change out the queen, select the bees," he said, his face tanned by many hours working under the sun.

From their 21 apiaries on the flank of a hill near the village of Navajas, east of Havana, the two brothers extract a honey they say is absolutely "clean" -- meaning chemical free.

The beekeepers' success means organic honey has joined rum and cigars as one of Cuba's quality exports.

The island produced 8 834 tonnes of honey in 2018, 1 500 tonnes more than the target set by the Apicuba, the Cuban Beekeeping Company.

There's still some way to go to catch Argentina, however. Latin America's leading producer brought 76 000 tonnes to the market in 2017, according to UN Food and Agriculture Organization figures.

Of the total, around 1 900 tonnes of Cuba's honey have been certified as organic honey, a "national record" said Dayron Alvarez, the director of technology and development at Apicuba.

Almost every drop is exported, with Germany, France, Spain, Britain and Switzerland the main markets worth $18m in 2017.

And there's likely more to come: "We are working on entering the Chinese and Saudi markets," said Alvarez.

Apicuba has a monopoly on exports - beekeepers with more than five hives must sell it their honey. In exchange, the organisation provides them with discounted fuel and equipment.

It pays up to $1 000 per tonne to beekeepers and sells honey at different prices depending on the country, which is not disclosed. Based on the most recent figures, from 2017, Cuba received an average of $2 655 per tonne for its honey abroad.

And the quality is excellent, according to Adolfo Perez, head of the Apicultural Research Center.

"Because of the tendency to use very little chemicals, we can say that the honey of Cuba is almost all organic honey," says Perez.

In the Cuban countryside, bees are exposed to no great natural risk or human threat and enjoy year-long summer temperatures with enough humidity to ensure a permanent supply of flowers. "The bees are in very good health," said Santiago.

"We don't use any chemicals when fumigating apiaries or weeding," and "no antibiotics" - products that are anyhow hard to come by because of the US trade embargo in place since 1962.

That's not to say they don't have to use a certain ingenuity to keep pests at bay, particularly the potentially devastating Varroa mite - a tiny red parasite that sucks the blood from the bees.

The Fundoras use a "nest trap" technique that attracts the parasite and diverts it from the rest of the hive.

On harvest day, the two brothers head up the hill in an old truck they call Frankenstein, accompanied by eight young workers. They pay them $80 a month, $50 above the national average.

Nearly all of them are in military uniform, because the material is resistant and the camouflage pattern doesn't excite the bees.

Under a crushing sun, they will spend the day collecting honeycombs and put them in a mechanical centrifuge that separates the wax from the honey.

Here, the downside of Cuba's years of isolation is apparent. Rogelio complains about the equipment, which he says is "a little archaic."

"We need an efficient centrifuge to extract the honey, and the truck is very old."

We live in a world where facts and fiction get blurred
In times of uncertainty you need journalism you can trust. For only R75 per month, you have access to a world of in-depth analyses, investigative journalism, top opinions and a range of features. Journalism strengthens democracy. Invest in the future today.
Subscribe to News24
Related Links
Wandile Sihlobo: From fake honey to donkey milk - SA's bumper year in agribusiness
How SA honey production could see R20bn turnover
Beekeeping goes digital
Next on Fin24
UK identifies case of 'mad cow' disease