Distell suffered R100m in damage to KZN depot, thanks 'taxi partners' for protection 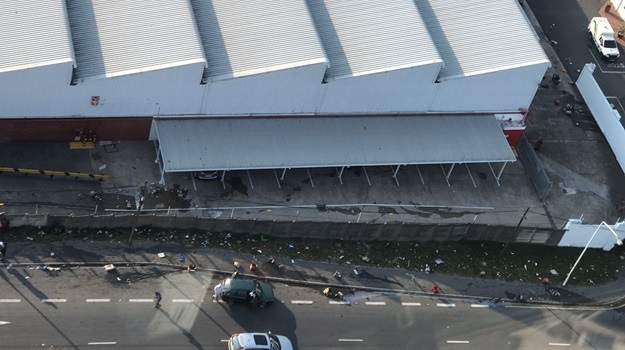 Despite repeated bans on alcohol sales, Distell is expecting strong profit growth for the year to end-June.

The company also confirmed that one of its distribution centres suffered R100 million in damage during recent unrest in KwaZulu-Natal.

In a trading update released on Friday, the company said it headline earnings will jump by more than 230% in the year to June, compared to the previous year, and will also be almost 20% higher than in its 2019 financial year, before the impact of the pandemic.

Local revenue rose by more than 29% in the past year, compared to 2020 – and was almost 6% higher than in 2019, despite its trading days declining by a fifth in the past year because of the bans.

After its international alcohol sales were hit early in the pandemic by weak duty-free sales, and challenges in exporting Amarula and wine from South Africa, this business has recovered well, with a 10% increase in its revenue over the past year.

The group also managed to reduce its net debt to R2.3 billion by end-June - compared to R5.9 billion at the end of the prior year.

Fin24 previously reported that Distell's distribution centre in New Germany outside Durban was hit twice by attackers, and ransacked during recent unrest, and Distell said initial assessments placed the damage at around R100 million.

Distell says additional security has been deployed at all its other facilities "until the situation calms".

"We are deeply grateful to our supply chain and distribution teams, as well as our security personnel and partners at the South African National Taxi Association (Santaco), who have worked tirelessly to protect our business," the company added.

Santaco deployed members to protect shopping centres and other buildings during the unrest, and refused to transport protesters.

Heineken, the world’s second-largest brewer, announced earlier this year that it approached Distell to buy the majority of its business.