Five trends impacting SA's apple and pear industries - and yes, the coronavirus is one 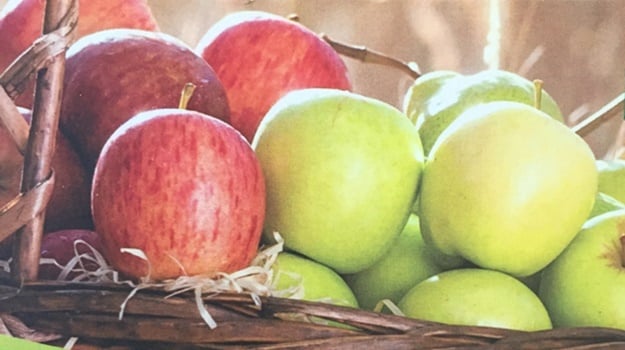 Headquartered in Somerset West in the Western Cape, Tru-Cape is the largest exporter of South African apples and pears.

According to Pienaar, thanks to average rainfall in 2019, the 2020 apple harvest looks like it will be "normal". The forecast is that 35.7 million cartons of apples will be produced by South Africa's apple and pear industry this year - 6% more than last year's harvest.

At the same time, the pear harvest is expected to be 16.6 million cartons – 3% smaller than last year.

About 50% of Tru-Cape's apples and pears are sold in Africa (including South Africa). The Golden Delicious varietal is the most popular in the African region while in Asia, a sweeter apple is preferred.

Although SA's apple and pear harvest is less than 1% of global production, the country plays an important role as the Southern Hemisphere exporter to the Northern Hemisphere, Pienaar explained during an information session for the media on Thursday.

During the session, Pienaar explained more about the five major trends he saw impacting SA's apple and pear industry.

Trade duties raised between the US and China create an opportunity for SA to export more fruit to China.

However, at the same time, the US will now be looking for alternative markets for the fruit it used to export to China. This could then create bigger competition for SA fruit in these markets, said Pienaar.

Furthermore, a Russian ban on EU fruit and the potential impact of Brexit are other factors to consider in the trade environment.

While SA's apple and pear exports to Russia has grown, the window to deliver pears to Europe is getting shorter, according to Pienaar.

For Pienaar, the impact of the coronavirus is the biggest uncertainty facing the SA apple and pear exports.

"More apples and pears from SA are going to the east - especially to South East Asia - and we even plant varietals for those markets, but the impact of the coronavirus can change this suddenly," he explains.

"The jury is still out for me on what the actual impact will be, but I think it could be huge. We would have to watch developments around it closely."

For instance, in terms of logistics there could be delays of SA apple and pear exports in ports or due-to-be cancelled flights to certain areas. This would, in turn, cause a delay in apples and pears getting to retail outlets.

A decline in tourism in certain areas could also lead Tru-Cape clients to order smaller quantities of fruit.

Pienaar says consumers are under pressure and this leads to them wanting value for money. This, in turn, leads to pressure on price.

Pienaar regards climate change as another trend which impacts fruit production and consumption.

For example, summers in Europe are getting hotter and this impacts fruit consumption too. During hotter weather, it seems European consumers prefer fruits such as berries.

The use of plastic is another factor which gets increasing focus in the industry from an environmental point of view and due to increased consumer awareness.

Drive to get closer to the final consumer

Another trend is a drive among customers of fruit producers to get closer to the final consumer. This puts pressure on the overall cost chain, but also brings an opportunity for fruit growers to go directly into retail, according to Pienaar.

"Consumers increasingly want to know where the product they consume comes from," explains Pienaar.

We live in a world where facts and fiction get blurred
In times of uncertainty you need journalism you can trust. For 14 free days, you can have access to a world of in-depth analyses, investigative journalism, top opinions and a range of features. Journalism strengthens democracy. Invest in the future today. Thereafter you will be billed R75 per month. You can cancel anytime and if you cancel within 14 days you won't be billed.
Subscribe to News24
Related Links
SA's Flash Gala apples heading to the Far East
Farmers reeling from latest bout of load shedding
Coronavirus will impact SA, warns Bidcorp
Next on Business
Dry summer puts squeeze on French Alps cheese