Airbus to ask airlines to check wings of A380s for cracks 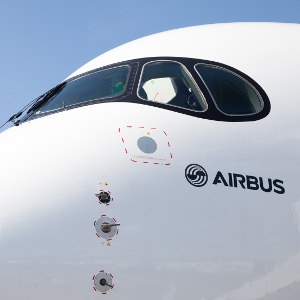 Airbus SE will ask airlines operating 25 of its older A380 planes to inspect their wings for possible cracks, a problem that’s arisen in the past on the double-decker aircraft.

Some fissures were found on planes in service, a condition that could reduce the wings’ structural integrity if not corrected, the European Union Aviation Safety Agency said Friday.

The regulator is proposing an airworthiness directive related to the matter.

A wing-crack debacle seven years ago cost Airbus millions of euros in repair and service costs, only one of the issues that plagued the world’s biggest passenger plane. Airbus said in February it would stop making the iconic double-decker.

Airlines must use ultrasonic testing methods for the inspections and if any cracks are detected alert Airbus for repair instructions before the plane’s next planned flight, according to the EASA’s directive.

We live in a world where facts and fiction get blurred
In times of uncertainty you need journalism you can trust. For only R75 per month, you have access to a world of in-depth analyses, investigative journalism, top opinions and a range of features. Journalism strengthens democracy. Invest in the future today.
Subscribe to News24
Related Links
Boeing’s 737 Max loses first customer as Flyadeal goes to Airbus
SAA leases new state-of-the-art aircraft
US proposes more tariffs on EU goods in Airbus-Boeing dispute
Next on Fin24
Unions hail Harmony's three-year wage agreement, shift focus to Sibanye