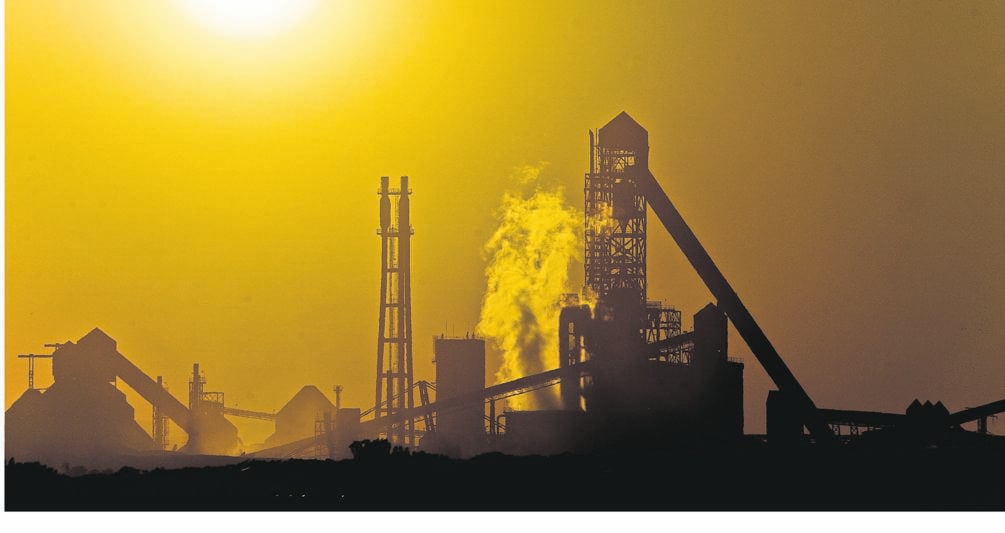 ArcelorMittal is under pressure as the market turns.
Jaco Marais

Shares of SA's largest steel producer ArcelorMittal SA (Amsa) slumped more than 15% on Tuesday, after it flagged a crash in earnings amid pressure from lower prices, softer demand and rampant coal and transport price hikes.

The group, which will report annual financial results next month, expects headline earnings per share to fall by between 60% and 65% in its year to end-December. The price of steel is falling faster than raw materials.

By midday, AMSA's share price was down more than 15% to R4, having more than halved over the past year.

The profit fall is in sharp contrast to the 22% rise in headline earnings it reported at its half-year, but it had warned then of the threat posed by a deteriorating global economic outlook. In China, the world’s largest steelmaker, plants were being idled to reduce high inventories.

"As anticipated, the international price correction in a soft local demand environment did significantly impact the financial results of the business," the group said in its update on Tuesday.

AMSA also reported pressure in terms of logistics, including due to coal exporters turning to trucking to offset problems on Transnet's rail network.

"The well-publicised rail logistic failures on the country’s coal export rail corridors, and the very attractive prices offered for that product, resulted in a dramatic and unexpected shortage of road trucks for domestic and Africa overland deliveries in the last quarter of the year," the group said.

Domestically, market conditions proved to be especially challenging as customers aggressively destocked. This was particularly notable in the last quarter of the year, where market activity dissipated dramatically in certain sectors.

The group's net borrowing position however came under " significantly more pressure than initially anticipated". AMSA, however, said several initiatives, like fixed-cost resizing, are expected to result in financial results that are significantly stronger than during "other crisis or near-crisis environments of the past".

The group on Tuesday also released its long-awaited decarbonisation roadmap which will guide the steelmaker's efforts to reach net zero.

"Implementation of our decarbonisation roadmap will not only change the way the company operates but will be a catalyst for changing the steel industry and the economy of South Africa," said CEO Kobus Verster in the statement.

The roadmap will be subject to regular updates and changes as breakthrough technologies will influence how the company ultimately implements its energy transition.