AYO to use third-party payment solutions after FNB account closures 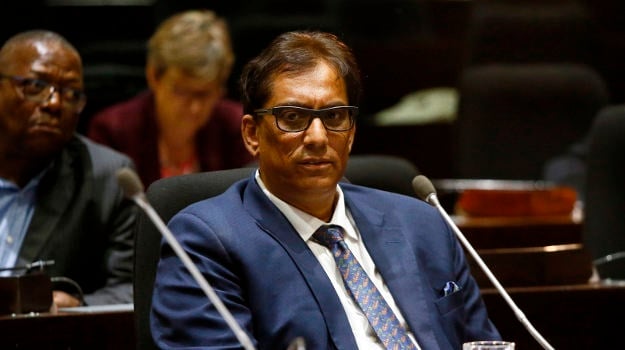 AYO Technology Solutions says it will make use of alternative third-party payment solutions following the closure of its transactional bank accounts with FNB.

AYO, which is linked to businessman Dr Iqbal Survé, who founded African Equity Empowerment Investments (AEEI) - one of its shareholders - previously said FNB did not provide reasons for the account closures.

It launched an urgent court bid to block FNB from closing its transactional banking facilities, effective from 3 May. However, on Thursday, the Johannesburg High Court had struck the matter from the roll due to a lack of urgency, Fin24 previously reported.

FNB's decision only affects transactional bank accounts of AYO itself, and one other subsidiary. The latter, however, has another transactional banking service provider. None of AYO's other entities is affected by the action.

"AYO has put in place alternative third-party payment solutions which will ensure continuity of its business. Furthermore, AYO is in the process of engaging with other banks," the company said in a shareholder notice issued on Friday.

Other companies directly or indirectly linked to Survé's businesses also had their bank accounts closed by ABSA, amaBhungane previously reported. AEEI is a subsidiary of Sekunjalo Investment Holdings, of which Survé is chairperson.

In a separate media statement issued by AYO, following a board meeting where the court ruling was considered, the technology company said it would implement a seven-point plan of action to ensure the sustainability of the business over the coming months.

AYO will be engaging with professional third parties, financial services institutions and trusts to allow it to continue transacting. AYO will also continue to engage with local and international banks to open transactional banking facilities. AYO said that so far it had received "positive feedback" from some banking institutions and would be finalising these engagements in the coming weeks.

AYO will also undergo a restructure to become an investment company, which may result in job losses, it warned. It plans to restructure the relationship with its subsidiaries to that of an investor instead of an operating entity or parent company, and will make further announcements to this.

The technology company is also working with legal advisors to review the Mpati Commission of Inquiry's findings into the Public Investment Corporation. The PIC had invested R4.3 billion in AYO in 2017 but has since tried to recover this amount, with interest, after finding AYO misrepresented its market value.

AYO will appoint an independent legal expert to review these findings made by the Mpati commission. AYO also intends to escalate a mediation process with the PIC as a "protracted legal dispute" is not in the parties' interests, it said. "Management will endeavour to accelerate this engagement in an effort to reach speedy and amicable resolution," AYO said.

"The Board is deeply perturbed by FNB's reliance on the report of the Mpati Commission as well as the JSE fine issued to AYO in 2020, as a basis to close the company' bank account. AYO again asserts that the Mpati Commission was not a court of law," the statement read.

AYO committed to engaging with stakeholders and regulators to keep them up to date with its strategies.

*This article was updated at 19:50 on 30 April 2021 to include details from a separate media statement issued by AYO.