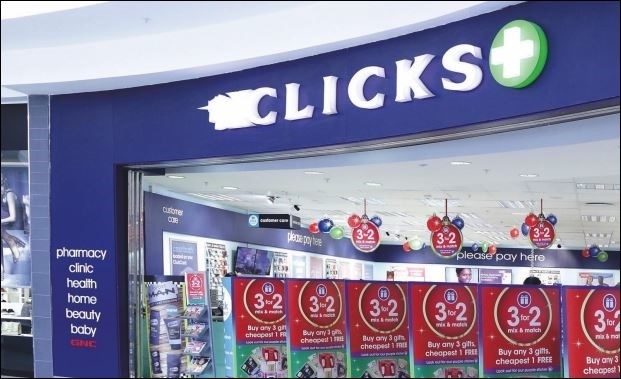 Clicks is still speaking resolutely on expansion and continuing with their planned store and pharmacy rollouts in the latter part of the year.

Faced with restrictions to selling only essential items under lockdown level five and shorter trading hours during most of the current lockdown, Clicks reported turnover for the 23 weeks to 9 August increasing 10.2%. That was marginally ahead of the 9.9% growth the group reported for the six months to February, before all the lockdown restrictions came into effect.

Clicks' direct competitor, Dis-Chem also expressed concerns about the "unknown" ultimate impact of the lockdown when sales started to fall in April and May. But Clicks said on Wednesday that it also observed that consumers chose to stay home to reduce the risk of contracting Covid-19 but the group's online sales grew significantly since the start of lockdown. Clicks has been trading online for about three years and thus confronted Covid-19 better prepared to serve its customers through e-commerce platforms then many other retailers.

The company said it also benefitted from the fact that it owns more stores in convenience locations.

"The decline in footfall at super regional and regional malls across the country has impacted sales in destination stores. However, Clicks is well positioned in this environment with over 70% of its stores located in convenience and neighbourhood shopping centres," the company said in a trading update.

Clicks' total retail sales increased by 7.5% between 1 March and 9 August 2020 with selling priictions, sales ae inflation up 2.2%. Before Covid-19, in the six months to February, the group's retail health and beauty sales were up 9.6% showing that even under the current restrictions, sales growth was not marginally behind what the company achieved in the first half.

Its distribution business, United Pharmaceutical Distributors grew sales by 11.7%. Clicks said it expects its diluted headline earnings per share for the year ending 31 August 2020 to increase by between 10% and 15% compared to the 663.6 cents reported in the 2019 financial year.

Stay on top of what’s happening in the world of business. Subscribe to News24 and get content that is available exclusively to News24 subscribers.

We live in a world where facts and fiction get blurred
In times of uncertainty you need journalism you can trust. For 14 free days, you can have access to a world of in-depth analyses, investigative journalism, top opinions and a range of features. Journalism strengthens democracy. Invest in the future today. Thereafter you will be billed R75 per month. You can cancel anytime and if you cancel within 14 days you won't be billed.
Subscribe to News24
Related Links
Clicks vows to appeal High Court blow in battle with independent pharmacies
As coronavirus strikes, Clicks is staying home
Dis-Chem fined R1.2 million after losing price gouging case for surgical masks
Next on Business
US airline cancels flights to SA because of jet fuel shortage in Cape Town